Produced by the ILCC with artistic directors and composers Gustavo Leone (Argentinian-born) and Elbio Barilari (Uruguay-born), the annual Chicago Latino Music Festival also serves to develop the careers of Latino composers by commissioning new pieces. This year’s commissions are from Colombian composer Blas Atehortúa and Leone. Both of the commissioned works will be premiered by the Chicago Latino Music Festival in Colombia, prior to being performed here, as part of a cultural exchange funded by the MacArthur Foundation.

The Chicago Latino Music Festival also sponsors an artist-in-residence program for Chicago-based musicians that focus on the dissemination of the Ibero-American repertoire. The KAIA String Quartet is the 2016 ensemble-in-residence, performing in the festival on Thursday, October 6 at Harold Washington Library.

For more information, including how to reserve or purchase concert tickets, visit http://latinomusicfest.org. 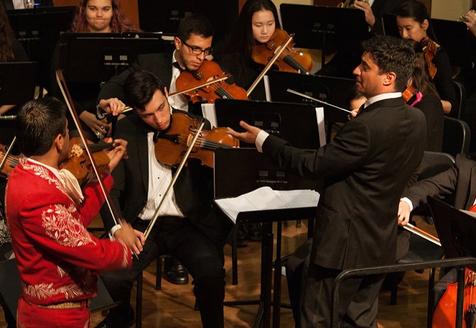