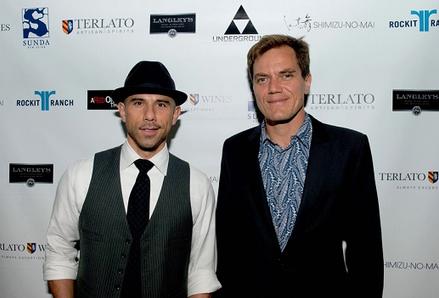 A Red Orchid Theatre (AROT) has announced the 2015 A Red Orchid Gala, which will celebrate the company’s 23 years of creating some of Chicago’s most enigmatic ensemble-based theater. The event will be held on Saturday, November 14, 2015 at Sunda New Asian restaurant (110 W. Illinois), with an after party to follow at The Underground (56 W Illinois). The evening will be co-hosted by A Red Orchid Co-founder and Academy Award nominee Michael Shannon and Emmy-Award winning television contributor and Rockit Ranch Productions CEO Billy Dec.

The gala will kick off with hors d'oeuvre and dinner at Rockit Ranch’s Michelin-recommended Sunda New Asian. This portion of the evening will feature a live and silent auction together with stories about A Red Orchid Theatre told by a variety of individuals whose lives have been impacted by the organization.

The evening will continue with an after party at The Underground featuring live music by Chicago’s Prob Cause.

​​Each year A Red Orchid’s critically-acclaimed theatrical productions attract diverse audiences from across the country. With the funds raised through the event, AROT is expected to advance its commitment to creating ensemble-based theater and fostering new theatrical works, both at home in Chicago and on the national stage.

Co-Host Michael Shannon, an Ensemble Member of A Red Orchid Theatre since 1993, played the role of Agent Nelson Van Alden on HBO’s celebrated drama Boardwalk Empire and can currently be seen on stage at A Red Orchid in the world-premiere production of Brett Neveu’s Pilgrim’s Progress.  Shannon recently starred in Man of Steel as General Zod, and in the award winning film Take Shelter. He was also nominated for an Academy Award for his performance in Revolutionary Road.

For more information about the upcoming gala event, visit aredorchidtheatre.org.