A Red Orchid Theatre celebrated 22 years of ensemble-based theater in Chicago at its annual gala on Saturday, November 8. The 2014 Gala was co-hosted by A Red Orchid Co-founder and Academy Award nominee Michael Shannon and Chicago personality and Rockit Ranch Productions CEO Billy Dec and raised more than $100,000 to support AROT’s mission and work. The event began with a VIP cocktail reception and gourmet dinner at Sunda New Asian restaurant and featured live performances from a variety of the company’s productions, performed by members of the AROT Ensemble, as well as a live and silent auction. 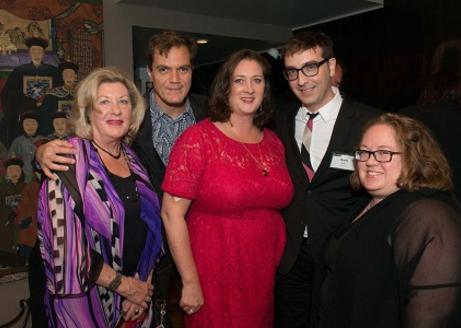