American Ballet Theatre (ABT) returns to the Auditorium Theatre with “Celebrating 80 Years!” from March 19-22, 2020, the second engagement in the Company's four-year residency at the National Historic Landmark. The company celebrates its 80th anniversary with a mixed repertory program featuring works from throughout its history, showcasing the best in classic and contemporary ballet.

ABT’s program at the Auditorium features Antony Tudor's Jardin aux Lilas, performed by the company in its first-ever season in 1940; Natalia Makarova's staging of the classic "Kingdom of the Shades" scene from Marius Petipa's La Bayadère, premiered by the company during its 40th anniversary season in 1980; and Twyla Tharp's electrifying Deuce Coupe, which will have its Chicago company premiere in March.

The breathtaking “Kingdom of the Shades” scene from Marius Petipa’s LaBayadère, restaged by Makarova, opens the program. After the warrior Solor loses his love Nikiya to a deadly snake bite, he hallucinates their reunion in the Kingdom of the Shades, an elaborate scene that features 24 ballerinas dancing in perfect unison. The scene is considered “one of the most famous and poetic expressions in all of classical ballet … in which a seemingly endless stream of dancers in ghostly white tutus forms a hypnotic spectacle of precision and heavenly harmony” (The Washington Post).

Jardin aux Lilas, by ABT founding choreographer Antony Tudor, follows the story of Caroline, a woman attending a party thrown in honor of her wedding. At the party, both Caroline and her future husband – who are marrying for convenience – bid farewell to their former lovers. Tudor’s choreography, called “a masterwork of contemporary ballet” (The New York Times) explores human relationships with great subtlety, using quick gestures and movements to convey grand emotions.

Twyla Tharp’s Deuce Coupe, set to music by The Beach Boys, juxtaposes ballet movement with contemporary dance, creating a singular theatrical piece of dynamic spontaneity that contrasts classical ballet vocabulary with the playful sounds of the 1960s and 70s. The work was originally created for The Joffrey Ballet and premiered at the Auditorium Theatre in 1973. ABT added the work to its repertory in 2019, resurrecting it for “the current generation, who danced it with daring and aplomb, making it a hit all over again” (The New York Times). 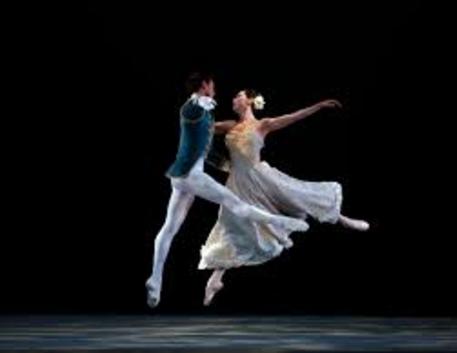