American Masters Spotlights Contributions of Women in its Latest List 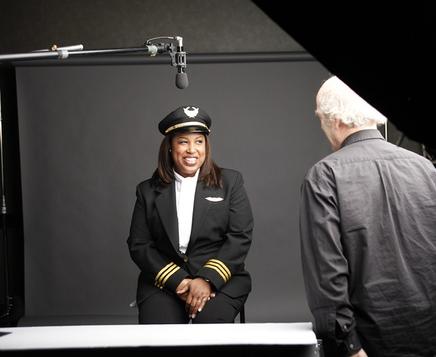 No doubt fans of PBS’s Emmy Award-winning American Masters series are familiar with The Boomer List, The Black List, The Latino List, and The Out List. Now it’s time for The Women’s List—tackled by filmmaker Timothy Greenfield-Sanders who, in the past, has followed up his films such as The Boomer List with photographic exhibitions on his subjects.

“As with The Boomer List, Timothy has chosen an inspiring mix of talented voices,” says Michael Kantor, co-executive producer of The Women’s List which opens with an introduction read and written specifically for the program by Nobel Prize- and Pulitzer Prize-winning novelist Toni Morrison.

With the help of interviewer Sandra Guzman, editor Charlie Watt Smith, cinematographer Graham Willoughby, and composer Neal Evans, The Women’s List weaves together more than a dozen intimate portraits of female influencers who rose in ranks despite facing distinct career obstacles that included discrimination in their pursuit of the American dream.

“As a lifelong feminist, I’m proud to have made The Women’s List and excited to have another one of my films join the American Masters library,” says Greenfield-Sanders.

Prominent personalities from the political arena are represented by Madeleine Albright, former U.S. Secretary of State, and Nancy Pelosi, the only woman to have served as the House Speaker and to date the highest-ranking female politician in American history.

American Masters: The Women’s List premieres across the nation on Friday, September 25 on PBS. Check your local listings for show times. The program will also be available on DVD on September 25 thanks to Perfect Day Films Inc.

​To learn more about the American Masters series, visit pbs.org/americanmasters.
​