American Writers Museum (AWM), the first and only museum of its kind opening in March 2017 at 180 N. Michigan Avenue in Chicago, is has announced the appointment of its inaugural president, Carey Cranston, effective October 3, 2016. Cranston brings with him a wealth of management experience and knowledge, as well as an extensive background and passion for literature.

Says Malcolm O’Hagan, the museum’s founder, “Carey Cranston was chosen from a large pool of qualified candidates from around the country. His experience and track record, along with his love and appreciation for writing and books, give him the ideal credentials to be a strong leader for this museum.”

Cranston most recently served as president of Fox College, a private career college in Chicago, where he spent the last 12 years. Prior to that, he was a vice president at Hill & Knowlton, a well-known global public relations firm. While there, Cranston managed digital and web services for several major clients. He also previously served as director of Technology and E-commerce at Kemper Lesnik Communications, another recognized Chicago public relations agency, and as director of Education at the International Academy of Merchandising & Design.

Cranston’s love for books began at a very young age. Before attending college, Cranston worked at Kroch’s & Brentano’s, one of the largest bookstores in Chicago. After that he would go on to earn a B.A. in English from DePaul University.

​​“This is my dream job,” noted Cranston, who is also a husband and father to two teenagers who currently reside in Chicago’s Beverly neighborhood. “I am very excited to get started in this role, and to bring to life this long overdue national museum.”

American Writers Museum will engage the public through themed galleries, interactive exhibits and educational programs, in celebrating American writers, and exploring their influence on our history, identity, culture and daily lives. Providing the public with a new, exciting attraction in the heart of downtown Chicago, the dynamic museum is expected to attract nearly 120,000 annual visitors of all ages. Additionally, the AWM Affiliates Program will collaborate with over 50 museums and authors’ homes around the U.S. to collectively strengthen the American literary story through the exchange of ideas and experiences.

​The American Writers Museum has garnered enthusiastic support from scholars as well as cultural, civic, and business leaders in the years leading up to its launch. 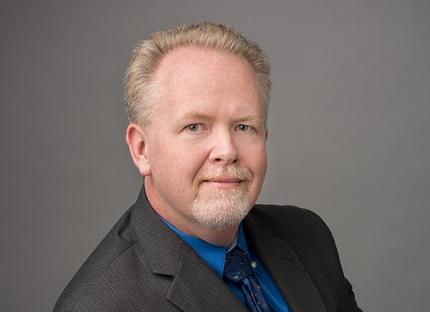