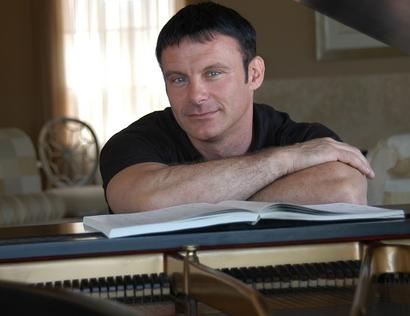 The Board of Directors of Chicago Opera Theater (COT) has announced that Stefan Edlis and Gael Neeson Artistic Director Andreas Mitisek will leave his position at the conclusion of the current season.  Mitisek informed the board of his decision not to renew his contract at a board meeting earlier Sunday, Feburary 5.

Said Mitisek, “After 5 wonderful years at COT, I have decided to move on at the end of my contract and pursue some artistic projects I have been dreaming about for a long time. Since I joined COT as general director in 2012, we have achieved a lot together.  We eliminated all outstanding debt, created a cash reserve of more than $850,000 and received the largest gift in COT’s history last year.  I am grateful for the opportunity I have had to lead this wonderful company in a city I love, and I look forward to a continued relationship with the company.”

During Mitisek’s tenure, the company has indeed expanded in many bold and adventurous ways, including performing at multiple locations, including a swimming pool with free performances of Ricky Ian Gordon’s Orfeus and Eurydice, and produced the first full production in the newly renovated Studebaker Theater. This month, the company will open The Invention of Morel, COT’s first opera commission in its 43 year history. In 2014, Mitisek was named “Chicagoan of the Year for Classical Music” by the Chicago Tribune.

“As I move on to other projects, it is a great sign for COT’s organizational maturity that the company will be led by someone from within the organization,” added Mitisek.  “I have worked with Doug Clayton for three years now and I know that he will be an excellent general director of COT.  He has the sensibility, thoughtfulness and capability to lead COT to new heights in the coming years.”

​Mitisek is conducting the world premiere opera The Invention of Morel for COT in February, and also conducts the Phillip Glass opera The Perfect American this April at the Harris Theater.  He will continue a future relationship with COT as a guest conductor and director in the ‘17-‘18 season (to be announced) and beyond, He also plans to continue guest directing with operas companies around the country.

Beginning in September, COT will be led by Stefan Edlis and Gael Neeson General Director Douglas Clayton, who currently serves as the company’s executive director and joined COT in June 2015.  Clayton previously worked with Mitisek as the managing director of Long Beach Opera, spent nearly a decade at the performing arts service organization LA STAGE Alliance in Los Angeles, and is a stage director himself.   He studied arts and business at the University of Southern California, the University of California, Los Angeles, and Florida State University, including completing an Executive MBA in July 2016.

​Clayton will collaborate with Mitisek on programming the 2017-2018 season, and will assume full general director responsibility in September 2017.  In addition, Clayton and COT Board President Henry Fogel have announced a search for a part-time music director to join the artistic leadership team at COT after Mitisek’s departure.

“Doug is a seasoned leader in the nonprofit arts world,” said Fogel.  “He brings an excellent strategic capability, an understanding of how to support artists in their work, and a commitment to engagement with the people of Chicago.  He is dedicated to COT’s success and looks forward to bringing high-quality, innovative opera productions to the city in the years ahead.  I would like to add a very deep expression of gratitude and admiration for Andreas, and the remarkable work he has done here. He has helped turn COT around and assure its healthy future, and provided many stimulating productions. I am glad we will continue to work with him in the future.”

COT has also just completed a new Strategic Plan for the next three years, facilitated by Arts Consulting Group, which will inform the next phase of the company’s activities.  COT plans to announce its 2017-2018 season at the beginning of April, which will include an opera directed by Mitisek.

​For more information on the Chicago Opera Theater and its programming, visit www.chicagooperatheater.org.