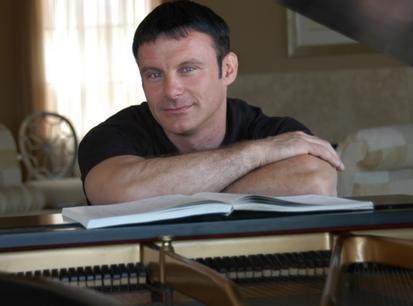 Having earned accolades for his work at Chicago Opera Theater (COT) and the Long Beach Opera (LBO), COT’s Andreas Mitisek has been selected to direct New York City Opera’s (NYCO) production of Hopper’s Wife by composer Stewart Wallace and set to a libretto by Michael Korie. This staging will mark the East Coast premiere of the opera and will be Mitisek’s New York City directorial debut.

“Being part of New York City Opera’s first season with a New York premiere of a contemporary opera is a great way to celebrate my personal New York City directing debut,” said Mitisek, COT’s Stefan Edlis & Gael Neeson General Director. “This honor is especially gratifying to me because this work was originally commissioned by Long Beach Opera in 1997.”

“I am delighted to present Hopper’s Wife as the first work in our multi-season series of chamber operas. I was introduced to this fascinating opera when it was in development 20 years ago, and feel it is the ideal piece to launch this new series,” noted Michael Capasso, general director of New York City Opera.  “Stewart Wallace and Michael Korie have a distinguished history with City Opera, and we are thrilled to be presenting their groundbreaking work. This production also marks the beginning of an exciting relationship with Chicago Opera Theater and Long Beach Opera.”

​Hopper’s Wife, a three-character, 90-minute chamber opera, is based on an idea inspired by both fact and fiction. Described after its LBO world premiere as “brave, bold and important” by Mark Swed of the Los Angeles Times, Stewart Wallace and Michael Korie’s challenging, erotically-charged opera audaciously charts new territory in music drama. The work explores the dichotomies between art and obscenity, high culture and indecency, through the allegory of an imagined marriage between painter Edward Hopper and gossip columnist Hedda Hopper, juxtaposing familiar icons of Hollywood’s golden age with stark depictions of desperation and depravity.

According to composer Stewart Wallace, “Each of the three characters is inspired by a different kind of indigenous American music. Hopper’s pastoral sound conceals a barely restrained violence. Mrs. Hopper cracks and pops with the urban sound of the New York she yearns to return to. And Ava, the artist’s model, has a sound that evolves from bluegrass in Act One to torchy blues as Hollywood reshapes her in its own image.”

​​The Harlem Stage performances of Hopper’s Wife mark its second production, after the work’s premiere in 1997 by the Long Beach Opera in California.  Performances take place on April 28, 29, 30 and May 1 at Harlem Stage (150 Convent Ave, New York, NY).