Virtuoso violinist and four-time Grammy Award-winner Anne-Sophie Mutter will make her return to the Symphony Center on Wednesday, March 29 for a Symphony Center Presents (SCP) Chamber Music series concert.  Accompanied by pianist, long-time collaborator and fellow Grammy Award-winner Lambert Orkis (with whom she celebrates 30 years of artistic partnership in 2018), Mutter Marks the 40th anniversary of her international debut next season. The duo’s program will feature works by Mozart, Respighi, Saint-Saëns and contemporary American composer Sebastian Currier.

Mutter and Orkis will open the program with Sebastian Currier’s intricate Clockwork for Violin and Piano (1989) which evokes the mechanical movements suggested by the gears of a clock. Throughout her career, Mutter has performed a number of Currier’s works including Aftersong (1994) and Ringtone Variations (2013), both of which the composer wrote for her. The program will continue with Mozart’s Violin Sonata in A Major, K. 526 and Respighi’s Violin Sonata in B Minor, a favorite work for the pair throughout their performing career that Mutter notes for its “richly orchestrated score.” The rousing showpiece Introduction and Rondo Capricciso by Saint-Saëns concludes the program.

Making her international debut at the Lucerne Festival at the age of 13, Anne-Sophie Mutter continues to be recognized as one of the world’s greatest violinists. She won the Grammy Award for Best Instrumental Soloist(s) Performance (with orchestra) three times as well as the Grammy Award for Best Chamber Music Performance with pianist Lambert Orkis for their album, Beethoven: The Violin Sonatas. Additional awards earned by Mutter include the prestigious “Nobel prize of music” Ernst von Siemens Music Prize, the Légion d’honneur for services to contemporary French music and the Erich-Fromm-Preis for the advancement of Humanism through social engagement. Mutter is also a Foreign Honorary Member of the American Academy of Arts & Sciences.

​Pianist Lambert Orkis has received international recognition as chamber musician, interpreter of contemporary music and performer on period instruments. He has appeared worldwide with violinist Anne-Sophie Mutter since 1988 and performed in recital with cellist Mstislav Rostropovich for more than 11 years. Orkis is also a founding member of the Kennedy Center Chamber Players, Professor of Piano at Temple University and received Temple University’s Faculty Award for Creative Achievement.Tickets for all Symphony Center Presents Chamber Music concerts can be purchased by phone at 800‑223‑7114 or 312-294‑3000; online at cso.org, or at the Symphony Center box office: 220 S. Michigan Ave., Chicago, IL 60604. 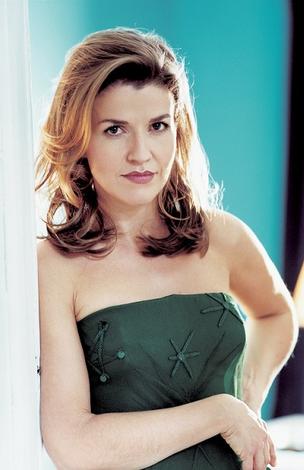