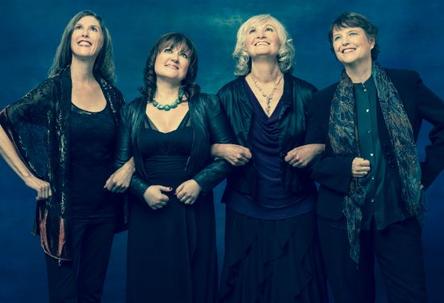 Their program, entitled The Last Noel: Songs & Carols for Christmas, presents a holiday-themed retrospective in commemoration of the  quartet’s final season together. The selections on this program trace the development of the English-language devotional, starting from Middle English roots in the 13th-century British Isles and ending with 19th-century America. Reaping from their earliest program, An English Ladymass, through their last Christmas recording, The Cherry Tree, Anonymous 4 has curated works for this performance that speak as eloquently now as they did in the Middle Ages.

The concert will take place at Rockefeller Memorial Chapel on the University of Chicago campus and will mark the very last for the members of the Anonymous 4 as a group.

For more information about the concert program or for tickets call 773.702.ARTS (2787) or visit tickets.uchicago.edu.