The University of Chicago’s resident ensemble, Pacifica Quartet, has made quite a name for itself around the globe for superlative chamber music performance. In their third concert of their popular string quartet series, they will be joined by another world renowned talent originating here in the Windy City, Metropolitan Opera Orchestra principal clarinetist and Chicago native, Anthony McGill. The collaboration will no-doubt offer Chicagoans one of the season’s most memorable performances featuring two of the most beloved quintets in the chamber music canon: Mozart’s Quintet for Clarinet and Strings in A major, K. 581 and Brahms’ Clarinet Quintet in B minor, Op. 115.

Recognized for its virtuosity and often daring repertory choices, over the past two decades the Pacifica Quartet has gained international stature as one of the finest chamber ensembles performing today. In addition to championing new works, the quartet is highly acclaimed for their interpretations of string quartet cycles. The ensemble received the 2009 Grammy Award for Best Chamber Music Performance.

Chicago South Side native Anthony McGill has won critical acclaim as one of classical music’s finest solo, chamber, and orchestral musicians. McGill’s musical path began in grade school when he enrolled at Merit School of Music. Merit introduced the young musician to Larry Combs, principle clarinetist with the Chicago Symphony Orchestra, and helped him apply for summer school at the Interlochen Arts Camp. Since his days at Merit and Interlochen, McGill has won the Avery Fisher Career Grant, and the Sphinx Organization’s Medal of Excellence. In 2009, he performed with Yo-Yo Ma, Itzhak Perlman and Gabriela Montero at the inauguration of President Barack Obama.

Before joining the MET Orchestra in 2004, McGill served as the associate principal clarinet of the Cincinnati Symphony Orchestra. He frequently performs with the MET chamber Ensemble and has appeared as soloist with the Baltimore Symphony, San Diego Symphony, and Symphony in C.

His collaboration with the Pacifica is one of many high caliber collaberations he makes with world class chamber ensembles, including Guarneri, Tokyo, Shanghai,  and Daedalus. He currently serves as faculty at the Juilliard School, the Peabody Institute, Mannes College, and Bard College Conservatory of Music.

The upcoming concert takes place Sunday, April 13 at 3 p.m. at the Reva and David Logan Center for the Arts on the campus of the University of Chicago. A 2 p.m. lecture with Steven Rings, director of Graduate Studies and associate professor of music at the university will precede the concert. For more information, visit More information is available at chicagopresents.uchicago.edu. 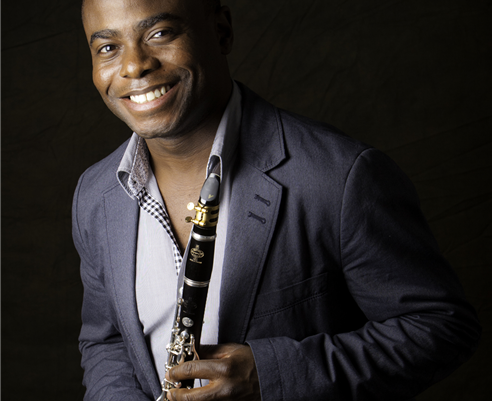