Antibody Corporation, a mission-based organization specializing in mind-body integration, will present three premiere performances of Against Being from October 30 to November 1 at Links Hall, located at 3111 North Western Avenue in Chicago. The work is a new project of Antibody Corporation artistic director Adam Rose, one of four recipients in 2014 of Lab Artist Awards from the Chicago Dancemakers Forum.

According to Rose, who also directs the piece, Against Being is “a dance about nothing and an exploration of space — the space between language and dance. It places dance within the context of the philosophical debate between being and becoming.” This new work features Eryka Dellenbach, Brooke Underwood and additional performers including Rose himself.

Founded in 2009, Antibody Corporation creates interdisciplinary works, often in collaboration, which reference and draw from the fields of dance, film, music, video and performance art. Founder and artistic director Adam Rose makes work from the standpoint of a theoretical antibody — an amorphous body that evades categorization. Rose is a graduate of Antioch College (BA in Dance, 2008) and has received several awards, including a 2014 Lab Artist Award from the Chicago Dancemakers Forum, and a 2013 Tanne Award from the Tanne Foundation.

For information on tickets and the complete performance schedule, visit linkshall.ticketfly.com.

Mission-Based Antibody Corporation to Premiere Adam Rose's Against Being 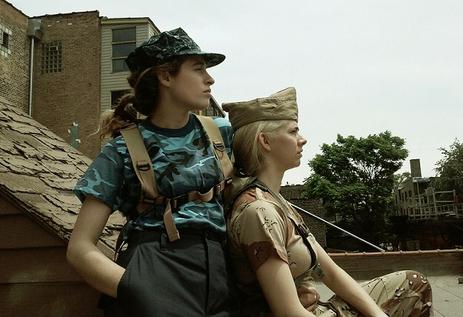