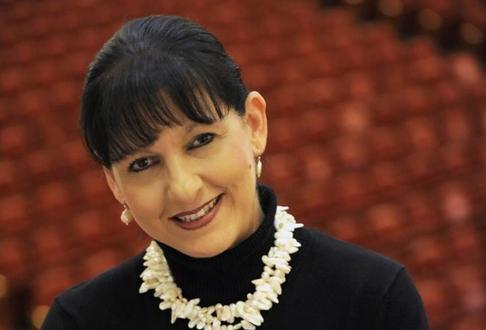 The Auditorium Theatre of Roosevelt University has announced the appointment of  veteran arts administrator Tania Castroverde Moskalenko as chief executive officer. Ms. Castroverde Moskalenko is currently the president and CEO of The Center for the  Performing Arts and the Great American Songbook Foundation in Carmel, Indiana. She joined the center in June of 2012 and has been able to stabilize spending, create a strategic plan to guide the future of the organization and add programming and educational experiences that have expanded the center's reach and engaged a broader audience.

“I am so glad that Tania has decided to join the historic Auditorium Theatre of Roosevelt University as our CEO. She brings a wealth of experience to this position. She has been the CEO and the executive director of two outstanding performing arts centers in Carmel, Indiana and Germantown, Tennessee. Under her leadership, both centers have offered a variety of programs that expanded their audiences and brought innovative artists to the venues,” said Roosevelt University President Dr. Ali R. Malekzadeh. “Here in Chicago, Tania will be working with a team of experienced and talented staff and a devoted Board of Trustees to assure the future of the Auditorium Theatre is as bright as its history.”

During Ms. Castroverde Moskalenko’s tenure, The Center for the Performing Arts has been able to operate in the black for the three previous years and has increased its donor base while building on its programming and creative engagement efforts. Revenues have also increased from building and room rentals while the center seeks to create and attract events each day of the week throughout the year.

"I am absolutely delighted to accept the position of chief executive officer at the Auditorium Theatre of Roosevelt University,” said Ms. Castroverde Moskalenko. “I am captivated by the history and architecture of this National Historic Landmark and am equally inspired by its mission, vision and values of excellence, innovation, ethics and diversity, the very values that have guided my career for 18 years. As a firm believer in the transformational power of the arts, it will be an honor and a privilege to lead the Auditorium Theatre into its next chapter."

​Henry Fogel, who has been serving as Interim CEO since April after the departure of Brett Batterso, who held the position since 2004, will return to his position as Dean of Roosevelt University’s Chicago College of Performing Arts. This transition in leadership will take place on October 3, 2016.