​Record-breaking six-time Tony Award winner Audra McDonald will perform at Steppenwolf this spring for one night only as a part of its eclectic LookOut performance series. McDonald will be joined onstage by host and pianist Seth Rudetsky, who this past November starred in the five-star London premiere of his Broadway musical, Disaster! The performance, produced by Mark Cortale, will also include a special guest appearance by McDonald’s husband, Will Swenson, the Tony nominated star of Hair and Priscilla, Queen of the Desert. The format of the evening will be a seamless mix of intimate behind-the-scenes stories from McDonald—prompted by Seth Rudetsky’s probing, funny, revealing questions. She’ll also sing some of the biggest hits from her musical theater repertoire.

This spontaneous evening will take place May 22 at 6:30 p.m. (doors open at 6 p.m.) in Steppenwolf’s Downstairs Theatre, 1650 N Halsted. Tickets for Audra McDonald in Concert go on sale Friday, March 10 at 11 a.m. through Steppenwolf’s Audience Services (1650 N Halsted St), 312-335-1650 and steppenwolf.org. A pre-sale to current Steppenwolf members and subscribers is already underway.

Audra McDonald holds the record for more Tony Best Performance wins than any other actor in history, and is the only person to win all four acting categories. She became a three-time Tony Award winner by the age of 28 for her performances in Carousel, Master Class, and Ragtime, placing her alongside Broadway luminaries Shirley Booth, Gwen Verdon and Zero Mostel by accomplishing this feat within five years. She won her fourth Tony in 2004 for her role in A Raisin in the Sun, a role she reprised for a 2008 television adaptation, earning her a second Emmy Award nomination. On June 10, 2012, McDonald scored her fifth Tony Award win for her portrayal of Bess in Broadway’s The Gershwins’ Porgy and Bess thus tying a record held by Angela Lansbury and Julie Harris for most Tony Awards won by an actor. And this past June she made history by winning her sixth Tony Award for her role as Billie Holiday in Lady Day at Emerson’s Bar and Grill.

She also maintains her ties to classical repertoire with an active concert and recording career, performing song cycles and operas as well as concerts throughout the US. Her many television appearances include four seasons as Naomi Bennett in Private Practice, as well as Homicide: Life on the Street, Law & Order: SVU, the TV remake of the musical, Annie, and more recently as a cast member of The Good Wife, among a host of other television appearances.

​The LookOut Series is Steppenwolf’s multi-genre performance series presenting work from a diverse array of artists, emerging and establishing alike. Tickets to LookOut programming in March and April are currently on sale. To purchase tickets or for more info, visit steppenwolf.org or 312-335-1650. Prices vary for each show. LookOut is presented year-round and announced on an ongoing basis. steppenwolf.org/lookout. 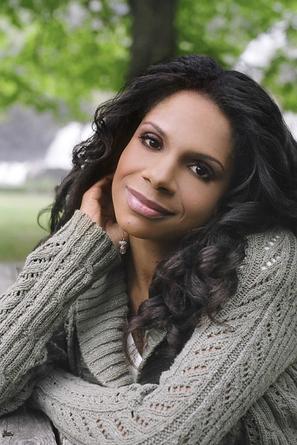