Want to treat your child to a fun, safe summer theatrical experience with one of Chicago’s most inventive and diverse theater companies?  Bailiwick Chicago has introduced Stages!, two summer theater intensives created just for 6th – 12th graders. During these week-long intensives, young thespians will have an opportunity to create and star in an original play or musical (or both) under the leadership of Bailiwick Chicago’s talented collective members.

"We wanted to create a summer program for young theater artists in which they could feel challenged and supported in a fast-paced and exciting professional environment,” notes Bailiwick Chicago’s director of education, Michael Driscoll.  “Our mission with the newly-formed educational program is to provide young artists the opportunity to explore their creative voice and ultimately share their creativity with others. We created Stages! to help validate young voices and hopefully inspire developing artists to form a deeper relationship with theater,” adds Driscoll.

From June 23 through June 27, the Acting Stages intensive focuses on the creation of an original work based on a relevant theme chosen by the ensemble. The week culminates in a one-of-a-kind performance of the original work. In addition to learning the process of creating a new work, participants will engage in voice, movement and character development workshops taught by leading Chicago theater professionals and Bailiwick Collective members. The curriculum is developed to deepen the actors’ understanding of his or her own craft and allow them to share in a potent theatrical experience.

From July 7 through July 11, the Musical Stages workshop allows the artists to experience the world of musical theater with a Bailiwick twist. In five days, actors will work with Bailiwick Chicago Collective members Aaron Benham and Danny Bernardo to write, compose and perform an original musical containing four original songs and scenes. Actors will work side-by-side with the theater collective to develop the plot, explore rich characters and inspire and compose original music. The entire experience is meant to give the actors a complete theatrical experience as a playwright, composer, lyricist, designer and performer. 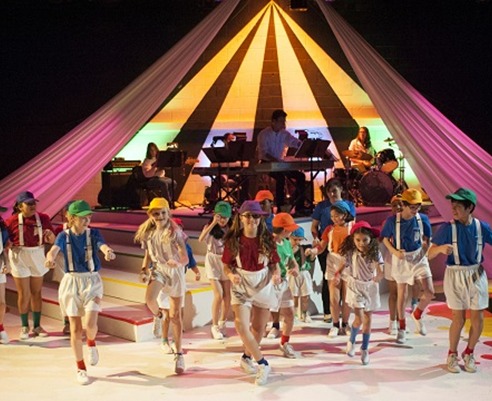