​Lindström’s birth and upbringing in Lapland, Sweden’s most northern province, left an indelible impression on both his style and artistic focus. His father’s personal and professional interest in the Sámi people—a group indigenous to Arctic areas in Norway, Sweden, Finland, and part of Russia—had a particularly noticeable impact. The vivid reds, blues, yellows, greens and whites comprising the brightly colored clothing of the Sámi people practically served as Lindström’s own color palette throughout his life.

Lindström wields these colors masterfully, recreating images and scenes from Nordic mythology and folklore. In Biegga Galles, The God of the Storm Wind, Lindström’s expressive brushwork and vibrant use of color create a deeply evocative, nightmarish feeling of wonder that perfectly encapsulates the sense of the divine ascribed to nature according to the traditional beliefs of the Sámi people.

The Dancing Gods of Asgard offers a vision Lindström first conceived in the early 1980s—but that was not completed until after his death in 2008. In it, abstract, monstrous heads representing different Norse gods hang from a ceiling instillation. The piece is one of the most dynamic in the collection as its components constantly move and rotate, creating the deific dance Lindström envisioned. While it is an enigmatic piece, a more central placement in the exhibit space might have encouraged viewers to circumambulate the instillation perhaps facilitating a greater appreciation of the captivating work from every angle.

A series of paintings titled The Girls on the Champs-Élyséss, which seem to recall Picasso’s Les Demoiselles d'Avignon, might also benefit from a modest restaging. The seven paintings, along with an eighth—The Fiddler—are displayed on two tables. While this does invite movement about the pieces, the placement of the tables are particularly close— to each other and to works hung on nearby walls—encumbering the viewers ability to fully take it all in.

Another series displayed together from the artist’s later years—The Sinful King, The Viking, Red Magic, and The Great Mystery—illustrates both Lindström’s highly expressive brushwork and fondness for layering paint to create a sculptural, tactile effect. The effect is at once heavy and light, as if he is both grounding his subject matter to the canvas and freeing it simultaneously.

From the character studies during his years at the Art Institute of Chicago to the large-scale reflections on Norse mythology, Lindström always remains true to who he is as an artist. That is someone who is able to deftly use bold, vivid colors and highly dramatic brushstrokes to convey a sense of the otherworldly while remaining firmly rooted in the earthly. This is a collection you won’t want to miss.

​The Master of Ancient Nordic Mythology is on display through September 22 at the Swedish American Museum in Andersonville. Visit swedishamericanmuseum.org or call (773) 728-8111 for more information. 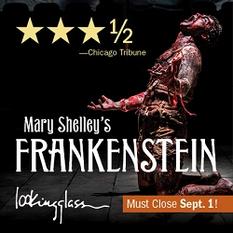 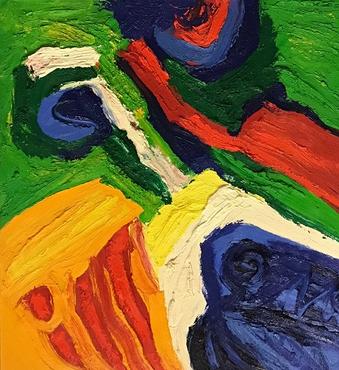