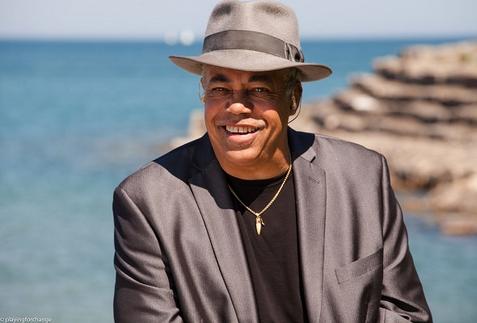 The Reva and David Logan Center for the Arts has announced its new Logan Center Second Monday Blues series, a monthly program hosted by Grammy-nominated Billy Branch and featuring a live concert and conversation with a homegrown Chicago Blues talent.

The series will feature Chicago’s world class musicians and emerging Blues stars in an intimate setting.  A live interview will proceed each concert, moderated by three-time Grammy-nominated Billy Branch, curator and host of the new series.   Upcoming talent to be featured the second Monday of each month includes:  Mary Lane (January 14, 2019), Lurrie Bell (February 11), Jamiah Rogers (March 11), and Jimmy Burns (April 8), with additional dates to be announced.

“I’m thrilled to work with Logan Center to provide audiences with a unique, up-close and personal experience delving deeper into Chicago Blues music and its musicians,” said Branch.

“We are excited to add this new series that allows us to archive the stories of local musicians, to inspire the next generation of blues artists, as well as to expand the successful free music programming we’re currently presenting in the Logan Café,” added Leigh Fagin, Logan Center for the Arts Deputy Director of Programming and Engagement.

The Reva and David Logan Center for the Arts opened its doors at 915 E. 60th Street in 2012 as both a physical manifestation of the University of Chicago’s commitment to the arts and the power of art to have impact in the community, and to make art more accessible to South Side residents, the University community, and beyond. For more information on the Logan Center Second Monday Blues series, visit loganbluesfest.org.