Although the work of Chicago-based sculptor and multi-media artist Geof Oppenheimer has appeared in international and national group shows from the Museum of Contemporary Art (MCA) Chicago to SITE Santa Fe, there has never been an exhibition solely devoted to his art—until now.

This September, the associate professor of practice in the Department of Visual Arts at the University of Chicago will premiere newly-commissioned work in his first solo exhibition Big Boss and the Ecstasy of Pressures at the Mary and Leigh Block Museum of Art on Northwestern University’s Evanston campus.

​“When the Block reached out to Geof to suggest working together we decided that the opportunity to create new work would be exciting,” says the show’s curator Lisa Corrin, the Ellen Philips Katz Director at the Block. The timing was right since the museum recently expanded its contemporary art program with an initiative to commission new art by locally—and internationally-working artists, starting with Oppenheimer.

​Big Boss and the Ecstasy of Pressures focuses on the ways in which political and social levels are encoded within today’s civic structures. Under this theme, the artist unveils his new sculpture Civil/Evil. To convey how institutions form invisible circuitry, Oppenheimer utilizes nearly every area of the Block’s Main Gallery for the sculpture, the most ambitious and monumental intervention in the museum’s history.

“Geof Oppenheimer is an extraordinary talent,” observes Corrin. “He is a very precise and concise thinker who works extremely deliberately, paring down every decision to its essentials. Working with the formal language of sculpture—material, shape, mass and space—in his work, each element carries great weight and potential meaning. He is especially sensitive to the associations generated by his material choices.

“Because his work is so economic, these choices become loaded and thought-provoking. Typically imposing and disruptive to the space and to the viewer within it, when engaging with his work, one must physically reckon with it and the questions which inevitably flow from the encounter.

​“As a result, its scale and materiality, its visceral presence, catalyzes looking at the world beyond the gallery in new ways, including transforming one’s awareness of how invisible structures of control are made visible through the material vocabulary of our environment.”

Oppenheimer’s work is just one example of how the current generation of artists are exploring some of the same terrain previously traversed by Colombian sculptor Doris Salcedo, whose work was recently exhibited at MCA Chicago, and Los Angeles-based artist Charles Ray, whose sculpture can be seen at the Art Institute of Chicago through October 4, 2015. “I think it is exciting that the Chicago community has the opportunity to see how elastic the medium of sculpture is and how vital it remains to artists,” notes Corrin.

Big Boss and the Ecstasy of Pressures also features Oppenheimer’s new video DRAMA. Shot in a modern office building, the non-narrative piece about capitalism and corporate life will be on continuous view across multiple screens in the Alsdorf Gallery during the exhibition’s run from September 12 through November 30, 2015.

​“DRAMA takes on a very timely topic—the devaluing of human labor at a time when capital, in the form of ‘0s’—moves fluidly and rapidly through the global financial system as an abstraction as opposed to the materiality of products,” explains Corrin. “What does this do to human relationships and the hierarchies that result in the form of this kind of wealth creation? This will be one of the topics in a presentation by the renowned sociologist, Richard Sennett, when he comes to speak in conjunction with Geof’s exhibition and as part of Evanston Day during the Chicago Humanities Festival in October.”

Additional opportunities to engage in Big Boss and the Ecstasy of Pressures will be offered throughout the fall, starting on September 26 when Oppenheimer will be on hand to discuss his new work. The talk takes place at 2 p.m. at McCormick Auditorium in Norris University Center. Concluding activities associated with the exhibit will be a special interactive event, A Poem is a Sculpture, at 5 p.m. on November 18.

The museum’s Block Cinema will also screen four films selected by Oppenheimer as well as host a conversation between the artist and guest film curator Will Schmenner at 7 p.m. on October 15. The two will discuss how 2008’s The Dark Knight relates to this exhibition.

​Following these events, the Block will commemorate Civil/Evil and DRAMA in print. “There are no publications devoted to Geof’s work so we are also publishing a book with essays by two prominent critics that will document the new works and place them in the context of his previous work,” explains Corrin.

Scheduled for release in spring 2016, the upcoming publication will include essays by Dieter Roelstraete, member of the curatorial team for Documenta 14. Roelstraete will survey Oppenheimer’s practice to date. Also included will be essays by Anthony Elms, associate curator at the ICA Philadelphia, who will focus on the projects commissioned by the Block.

“We are extremely proud that Geof Oppenheimer accepted the Block’s invitation to make us the site of his first one-person museum exhibition in Chicago,” concludes Corrin. “He wrestles with some of the most urgent issues of our time but does so using the power of materials to open experiential pathways into our own critical consideration of them.”

Support for Big Boss and the Ecstasy of Pressures is generously provided by the Diane and Craig Solomon Contemporary Art Fund, the Chauncey and Marion Deering McCormick Foundation, the Elizabeth Firestone Graham Foundation, and Lynn Hauser and Neil Ross. For additional information on the exhibition and related events at the Block, visit www.blockmuseum.northwestern.edu. 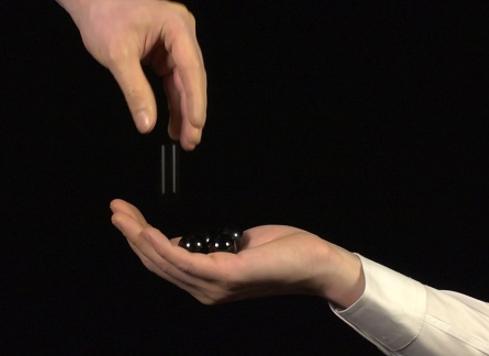