The Block Museum of Art at Northwestern University announced today that members of its board of advisors have contributed more than $1 million to establish the Block Board of Advisors Endowment Fund at Northwestern.

​Income from the fund will support collections, exhibitions, publications and programs that engage students, faculty and the broader community with global art and artists at the Block Museum and elsewhere on Northwestern’s Evanston campus.

“The Block Museum of Art benefits from a visionary board of advisors who understand that support of the Museum also leads to broad support of the campus and community that we serve. We are deeply grateful for this gift, which will specifically allow us to expand our globally focused work, bringing the world to Northwestern and Northwestern to the world,” said Lisa Corrin, the Block Museum Ellen Philips Katz Director.

The idea for the creation of a combined group endowment came from Block Museum board of advisors member Diane Solomon. She and her husband Craig, Northwestern parents and supporters, had previously contributed to the museum’s contemporary art program through the establishment of the Diane and Craig Solomon Contemporary Art Fund, which has supported exhibitions including Wangechi Mutu: A Fantastic Journey, Geof Oppenheimer: Big Boss and the Ecstasy of Pressures and Kader Attia: Reflecting Memory.

“The Block board of advisors is energized by the global reach and local impact of the museum’s exhibitions and programs. We are proud to work collectively to build this lasting resource that will help sustain the continuation and growth of the Block Museum’s vision,” Diane Solomon said.

This generous gift is one of three major endowments established at the Block Museum of Art in 2017. Additional support from members of the board of advisors this year includes a $1 million gift to permanently establish the position of the Steven and Lisa Munster Tananbaum Curator of Modern and Contemporary Art as well as a $1.5 million gift to permanently establish the Susan and Stephen Wilson Block Museum Engagement Fund.

Surpassing its original $15 million fundraising goal, the Block Museum raised $18.8 million in funds and artworks through Dec. 31, 2017 for We Will. The Campaign for Northwestern. The Block Museum’s fundraising goal will be extended in 2018, continuing the museum’s commitment to the “We Will” Campaign, the University-wide fundraising effort to realize the bold ambitions set forth in Northwestern’s strategic plan.

The Block Museum of Art is a member of the Northwestern Arts Circle, which brings together film, humanities, literary arts, music, theater, dance and visual arts.

​The funds raised through the “We Will” Campaign are helping realize the transformational vision set forth in Northwestern’s strategic plan and solidifying the University’s position among the world’s leading research universities. More information on We Will. The Campaign for Northwestern is available at wewill.northwestern.edu. 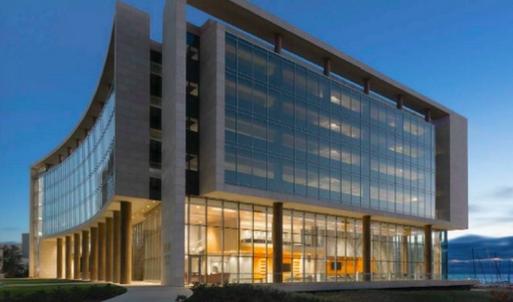 The Block Museum of Art on the campus of Northwestern University in Evanston.