The award-winning vocal ensemble Tenebrae has been praised around the world for its magnificent performances of twentieth century choral repertoire, and it has earned particular renown for its 2005 commission of composer Joby Talbot, which resulted in the arresting multi-movement suite, Path of Miracles. On Friday, November 15, Tenebrae makes its Chicago debut in the University of Chicago’s stunning Rockefeller Chapel in a program featuring that work and a recently composed companion piece by Owain Park.

In the Catholic tradition, the Tenebrae (Latin for “darkness”) service takes place in the three days preceding Easter and is characterized by the gradual extinguishing of candles to the sounds of meditative, reflective vocal music. Taking its name from that service, London-based chamber choir Tenebrae recreates the atmosphere of the traditional service by performing powerful choral masterworks by candlelight.

​Path of Miracles is the first major work commissioned by the choir, and it has become a defining piece for the ensemble. Composed by Joby Talbot in 2005, Path of Miracles traces the route of the Camino de Santiago, delving into the complex history of the path, the landscape along the route, and the transformative experience of those who walk its approximately 500 miles. The path, known in English as “The Way of St. James,” is a historical pilgrimage route stretching from the Pyrenees to Spain’s Atlantic coast, following the Milky Way to what pre-Christian travelers knew as the end of the earth.

​For the pilgrims who complete the entire route, the experience of the Camino is one of personal transformation, and that is an experience Talbot attempts to provide the audience through Path of Miracles. In four movements, with gorgeous choral harmonies drawn from global singing traditions, Talbot and Tenebrae guide the listener through the terrain, the history, and the inner experience of completing the path, from the struggle of crossing the “pain barrier” at the midway point of the route to the “explosion of joy” (as Gabriel Crouch, Director of Choral Ensembles at Princeton University and former member of the King’s Singers, describes it in his program note) at reaching the end in Santiago de Compestela.

In 2017, Tenebrae set out on a tour to revive Path of Miracles, and the ensemble commissioned a new companion work, Owain Park’s Footsteps, to allow collaboration with local choirs along its tour route. At Rockefeller Chapel, Tenebrae is joined by the Chicago Children’s Choir Hyde Park Presto to open the concert with Park’s companion piece.

​Tenebrae and the Chicago Children’s Choir Hyde Park Presto perform in Rockefeller Memorial Chapel at 7:30 pm on Friday, November 15. Before the performance, conductor Nigel Short joins composer Joby Talbot to discuss the Camino de Santiago and Path of Miracles in a pre-concert talk from the stage. Complete information and tickets are available at chicagopresents.uchicago.edu. 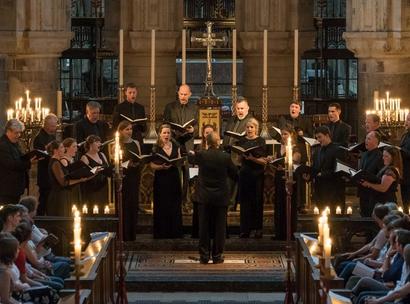 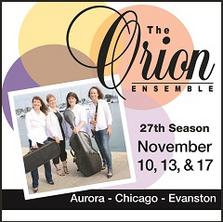