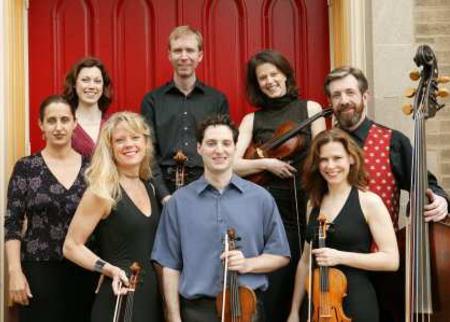 In a concert that opens with instrumental and choral versions of favorite carols, the Callipygian Players will present the U.S. premiere of the 1790 “Sacred Eclogue” Messiah by William Crotch on Friday, December 21, at 7:30 p.m., at Trinity United Methodist Church in Wilmette.

Composed in 1790, when the musical prodigy was only 15 years old, the piece runs approximately 16 minutes—a significantly shorter running time than the well-known Messiah by G.F. Handel. Like Handel’s masterpiece, Crotch’s work also features an orchestra, chorus and soloists. Crotch chose to set his music to a poem also called "Messiah" written in 1728 by Alexander Pope. Pope’s poem is based on the Roman poet Virgil’s “Fourth Eclogue,” which foretold of a coming golden age and birth of a wondrous child. It is believed that this work has never been heard outside of the United Kingdom, and it has never been recorded.

William Crotch was famous as a child prodigy on the organ, touring England for much of his childhood starting at the age of 3. He composed Messiah while studying at Cambridge University. He later became the first Principal of the Royal Academy of Music in 1822.

In addition to Crotch’s Messiah, the program will feature holiday favorites including the English folk song "Greensleeves", also known as "What Child is This?," "Coventry Carol," and other vocal and instrumental works.

Since their founding in 2004, the Callipygian Players have become known for intriguing programming featuring music of well-known composers deftly interwoven with works by well as lesser known masterpieces.

​Tickets to the concert, which takes place on December 21, are $25 and are available at www.calplayers.org or at the door.