Award-winning young international concert organist and composer Chelsea Chen will perform a diverse, centuries-spanning program that includes her signature composition, Taiwanese Suite, and the Chicago debut of her Chorale-Prelude on Bethold. The free concert is presented by the Chicago chapter of the American Guild of Organists at 7:30 p.m. on Friday, February 10, at Trinity Lutheran Church, 675 East Algonquin Road, Des Plaines, IL.

​"Chelsea Chen is one of the most exciting young artists among the new generation of organists,” says Richard Hoskins of the Chicago A.G.O. “She’s studied with some of the finest teachers, she's doing great things to introduce new repertoire, and she is undeniably glamorous.”

​In addition to her own two compositions, Chen will play contemporary Norwegian composer Ola Gjeilo’s Sinfonietta; Edvard Grieg’s popular Peer Gynt Suite No. 1, Op. 46, arranged for organ by Harvey Gaul; J. S. Bach’s chorale prelude, An Wasserflüssen Babylon (By the waters of Babylon), BWV 653, and his Prelude and Fugue in D Major, BWV 532; and the finale from Camille Saint-Saëns’s Symphony No. 3 (Organ), transcribed for solo organ by David Briggs.

“I like to play organ concerts that are eclectic” Chen said in a phone interview in advance of her February 10 concert. “I like pieces that are colorful and make use of all the sounds of the organ.”

​Chen, 33, a native of San Diego, Calif., dedicated her three-movement Taiwanese Suite (2003) to her father, who is of Taiwanese descent. It was directly inspired by a recording of Chinese folk music she heard while a student at The Juilliard School in New York. There she earned bachelor’s and master’s degrees in music. Another influence, Chen said, was her paternal grandmother, with whom she spoke Mandarin Chinese and sang traditional Chinese songs.

The emerging artist includes Taiwanese Suite in all of her major concerts. It’s a multilayered piece that incorporates sounds imitative of clarinets and oboes. One of her goals, Chen explained, is to combat the stereotype of the organ as the “scary-sounding” instrument heard in horror movies. “It can evoke all kinds of emotions and images.”

Chen will perform on Trinity Church’s Schantz pipe organ. Installed in 1976, it consists of three manuals (keyboards) and 47 ranks (sets of pipes). The instrument’s horizontal “trumpet” pipes, called the Trompette en Chamade, project from the rear wall of the sanctuary, providing a surround-sound experience. “Our pipe organ is at home in concert repertoire and is particularly well-suited to works from the German School,” said Brad Whaley, Chicago A.G.O. member and Trinity Church’s organist and choir director. “The music of J.S. Bach is especially at home here.”

The concert is open to the public, and reservations are not required. For more information, visit www.chicagoago.com or call (773) 865-5470. 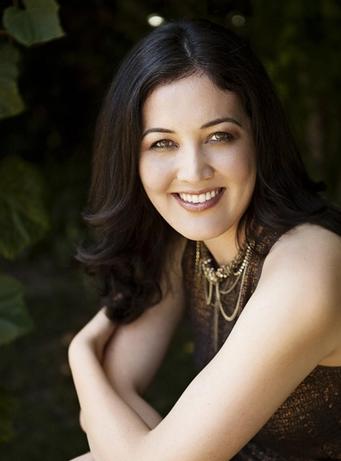