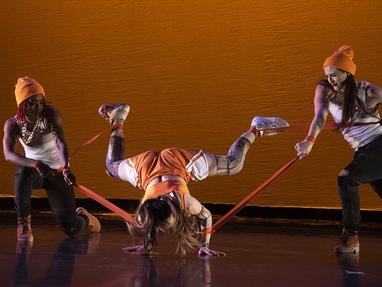 The companies have been commissioned for one-week residencies and will present site-specific theater performances that engage the park’s unique architecture, design and public art – with Wrigley Square, the Great Lawn and Cloud Gate Plaza serving as the stage.

“We are very proud to present nine of our city’s most dynamic and diverse theatre companies at Millennium Park, Chicago’s town square,” said DCASE Commissioner Mark Kelly. “To truly fall in love with Chicago, you must go to our theatres. This is where the city bares its fearless soul. From Broadway musicals to storefront plays and improv, there’s a seat waiting for you at one of our more than 200 theatres – and, this summer, in Millennium Park.”

​Throughout the summer, Rick Bayless, acclaimed Chicago chef and theater enthusiast, will host video interviews with the Millennium Park Theatre companies to further showcase what makes each of these companies worth celebrating. "This performance series is all about spotlighting the wildly vibrant and diverse talent here in Chicago,” said Rick Bayless. “To have it hosted in Millennium Park, in all its summertime glory, is just spectacular."