Johnny Darkstar (aka Michael McDermott) and Heather Horton, The Westies, play a CD release show for their second album,  Six on the Out, with supporting act Will Kimbroug, Friday, Jan. 22 at City Winery Chicago.

The Westies will be bringing their earthy mix of textures and heartfelt tunes to Chicago’s City Winery on Friday, January 22, 2016 and audiences will get a chance to hear a set packed with just about the most artistic authenticity they’ll hear this season at the popular West Loop listening room.

More folk than rock, The Westies are a rootsy Americana band fronted by Heather Horton and Johnny Darkstar (Michael McDermott’s faux-famous alter ego)  and complete with steel guitar, mandolin, fiddle and stand-up bass. Their bold second album, Six On The Out (due Jan. 29), is an unforgettable collection of stories and songs that haunts with its honesty and brutality in spite of long odds. John Ellis from No Depression describes it as "Americana music embedded in the rivers of Rust Belt cities, with connections to Ireland, coal streaked miners and how closely related inner city grit and grime is with the softness and serene Appalachian mountaintop."

Opening the set will be Nashville-based Renaissance man Will Kimbrough. With his voracious appetite for every aspect of music, singer/songwriter Kimbrough’s body of work reflects the intricacies of folk, blues, gospel, country, rock ’n’roll, punk rock and jazz.

The evening promises to be one of the most memorable in Chicago’s bustling folk music calendar.

For tickets to the upcoming concert or for more information, visit www.citywinery.com. 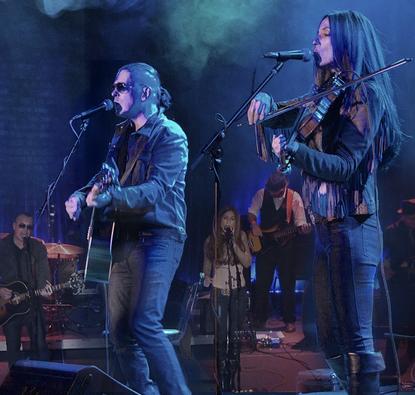