The Department of Cultural Affairs and Special Events (DCASE) will offer a free sneak peek of its fall visual and performing arts programming at the Chicago Cultural Center Fall Open House tomorrow, September 12. The public is invited to enjoy art, music and more at the center – all day and all night, as a matter of fact. A full day of events and exhibits will be followed by an all-night Indian classical music concert, 9 p.m.–9 a.m. (September 13) as part of 2014 World Music Festival Chicago.

“The Fall Open House is the perfect opportunity to explore or rediscover the Chicago Cultural Center, one of the city’s most popular attractions,” said Michelle T. Boone, Commissioner of the Department of Cultural Affairs and Special Events. “Known as ‘The People’s Palace,’ the magnificent Chicago Cultural Center will be filled September 12 with live entertainment and memorable cultural experiences – including previews of four new art exhibitions – for Chicagoans and visitors of all ages.”

All day, several ongoing exhibitions will be on view including CHGO DSGN: Recent Object and Graphic Design in the Exhibit Hall, Hebru Brantley: Parade Day Rain in the Sidney R. Yates Gallery, Stand Up for Landmarks! Protests, Posters & Pictures in the Landmark Chicago Gallery and – across the street at Expo 72, the Chicago International Film Festival 50th anniversary exhibition, Because Everybody Loves Movies.

In the evening, exhibition previews from 5:30–7:30 p.m. will offer sneak peeks of four new art exhibits in the Chicago Rooms and the Michigan Avenue Galleries.

As part of the 16th Annual World Music Festival Chicago, Ragamala: A Celebration of Indian Classical Music concludes the Fall Open House with a rare all-night Indian classical music concert in Preston Bradley Hall, 9 p.m. – 9 a.m. (September 13). For the second year, spanning 12 hours and featuring dozens of performers, Ragamala offers a jaw-dropping assortment of Indian classical music from some of its greatest and emerging practitioners. Ragamala functions as the perfect, immersive introduction to the classical music of India. Not only are both the music of the north (Hindustani) and the south (Carnatic) represented, but listeners will also get the rare chance to hear ragas performed at the time of day they were originally composed for—a facet of the tradition lost in the west.

For more information about the Fall Open House or the 16th Annual World Music Festival celebration at the Chicago Cultural Center, visit chicagoculturalcenter.org.

Chicago Cultural Center's Fall Open House to be an All-Nighter 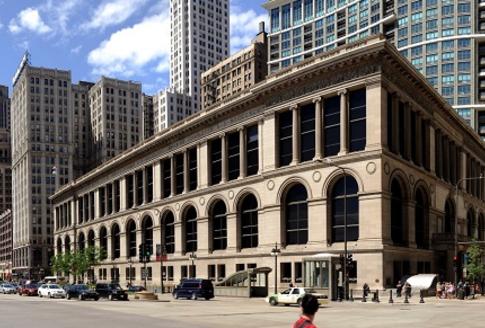