The Department of Cultural Affairs and Special Events (DCASE) is has announced the dates and performances for SpinOff 2014. This month-long contemporary dance celebration, taking place November 7-22, 2014, will present work by emerging and established, Midwest-based choreographers and dance companies in a variety of downtown Chicago locations. All performances are free and feature Chicago and world premieres as well as excerpts from developing works-in-progress.

Opening weekend of SpinOff will feature the world premiere of The Conviction of Pearl Dakota by J. Soto, originally developed through DCASE’s In the Works residency program in 2013. Created and directed by Soto, the dance was inspired by his observations of the traffic courts at the Chicago Daley Center over the course of six months. Drawing from observed patterns of repetition and body language—as well as the internal geographies of the dancers—the performance unfolds as episodic movement potentially providing freedom, revealing conflict and complicating origins and destinations of bodies. Performance will take place at the Chicago Cultural Center Dance Studio on the first floor on November 7 and 8 at 6:30 p.m.

Outside on the Jay Pritzker Pavilion Stage will be Elements Contemporary Ballet with Baroque Band and their world premiere of The Sun King, A Contemporary Ballet in One Act. With inspiration from the book Lully ou le Musicien du Soleil by Philippe Beaussant and the 2000 French film Le Roi Danse by Gérard Corbiau, The Sun King is a foray into Lully’s world, delving deep into his obsession with the dancing King and the immense part their relationship played in shaping music and dance today. Featuring live music by the period ensemble Baroque Band and original baroque-fusion costume design by world-class designer Meriem Bahri, performances take place 7 p.m., November 13-15.

For information on all productions presented by the Department of Cultural Affairs and Special Events, visit cityofchicago.org/dcase.

*Reader’s Note: Some performances contain material inappropriate for children and are for mature audiences only. 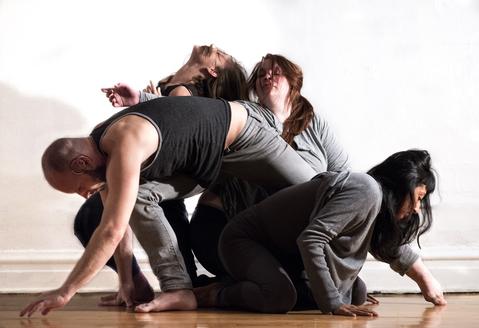