A cornucopia of film festivals are slated for Chicagoland this autumn while select cinemas are set to screen a host of highly-anticipated period pieces and biopics from award-winning artists—just in time for Oscar season. Here are our picks for some of the best film titles coming your way this season in Chicago.

He Named Me Malala, which recounts the news of a Pakistan teen who was shot in the head for speaking out on behalf of girls’ education, received a limited release on October 2. The documentary sets the tone for the Chicago International Film Festival (www.chicagofilmfestival.com) slated for October 15-19.

Area children and their families are encouraged to attend the Chicago International Children’s Film Festival (www.cicff.org) from October 23 through November 1. Hailed as North America’s largest film festival for kids, the program includes interactive workshops for youths and screenings of non-violent, culturally diverse movies at Facets Cinema on 1517 W. Fullerton Avenue, as well as other venues across town.

​Chicago’s own Bill Murray (actually he was born in Wilmette) closes the month with his portrayal of Richie Lanz, a rock manager who finds himself in Afghanistan without money or a passport in Barry Levinson’s Rock the Kasbah, which opens on October 23.

Writer Nick Hornby tells the story of Eilis Lacey (Saoirse Ronan), a young Irish immigrant navigating her way through 1950s New York, in Brooklyn, which comes out on November 11. Additional fictional features include Victor Frankenstein with James McAvoy in the title role and Daniel Radcliffe as Igor. This most recent film adaptation of Mary Shelly’s classic opens on November 25.

Real life accounts are the inspirations for dramas such as Trumbo, opening on November 6. The Jay Roach film follows Hollywood screenwriter Dalton Trumbo (Bryan Cranston), his family (Diane Lane and Elle Fanning) and movie columnist Hedda Hopper (Helen Mirren) during Hollywood’s blacklisting period. Another real-to-reel release is The Danish Girl, which comes out on November 27. Directed by Oscar-winner Tom Hooper, the biopic based on David Ebershoff’s novel of the same name focuses on Danish artists Einar and Greta Wegener played by Oscar-winner Eddie Redmayne and Alicia Vikander.

Throughout the month, November 6-22, Chicagoans can experience the Polish Film Festival (www.pffamerica.org), the most extensive annual showcase of Polish cinema outside of Poland, as well as the multi-sensory Chicago Food Film Festival (thefoodfilmfestival.com) at Kendall College on 900 N. North Branch Street. In addition to providing a forum for film fans and foodies, the  competitive event benefits nonprofit organizations such as the Good Food Project.

Cate Blanchett and Rooney Mara play two very different women embarking on a provocative relationship in New York City, circa 1952, in the Todd Haynes drama Carol. Based on Patricia Highsmith’s novel The Price of Salt, the British-American film adaptation receives a limited release on December 18.

Chicagoans are invited to close out the year on December 31 at Music Box Theatre on 3733 N. Southport Avenue with a New Year’s Eve celebration that includes appetizers, a cash bar and a screening of Moulin Rouge with costumes, champagne and music. Visit www.musicboxtheatre.com for details.

Following a limited release on December 25, The Revenant, staring Leonardo DiCaprio and Tom Hardy, will open nationwide on January 8. Under the direction of Oscar-winner Alejandro Gonzalez Inarritu, the film follows Hugh Glass, a 19th century fur trapper who is mauled by a grizzly bear, left for dead and then robbed. Once he recovers, he sets out on a journey, armed only with the will to survive and a need to exact vengeance on his betrayers.

Come February 19, Jane Austen may be turning in her grave when fans of Seth Grahame-Smith’s popular novel Pride and Prejudice and Zombies turn to the cinema to see the film adaptation featuring Lily Collins, Jack Huston and Bella Heathcote. However, movie-goers who wish to avoid zombies or Chicago’s winter weather can stay in and watch televised coverage of annual awards shows honoring the best achievements in filmmaking from 2015. 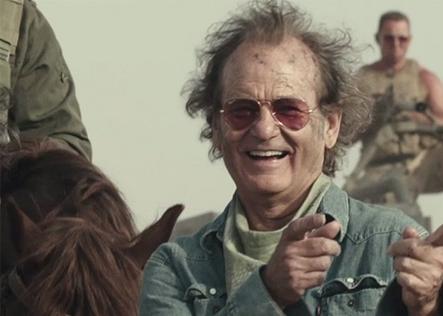