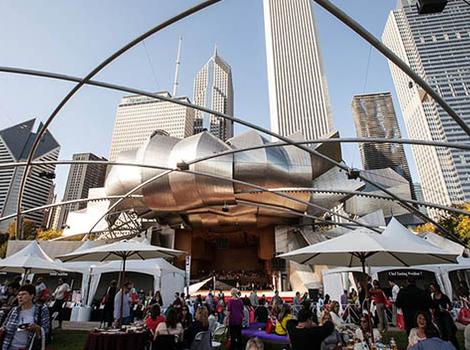 Back for a 10th delectable year, Chicago Gourmet will titillate taste buds in the Windy City’s Millennium Park this weekend in grand style.

Since its inception, Chicago Gourmet has celebrated the country’s best chefs and the city’s outstanding culinary community, and this year is no exception.

​Other events include: wine seminars featuring Master Sommelier Serafin Alvarado of Southern Glazer’s Wine & Spirits; the 2017 Grand Cru, presented by Celebrity Cruises, where guests will experience tastings of elite wines from around the globe; and taking place from 2 to 4 p.m. on both Saturday and Sunday, samplings showcase elevated cuisine from Chicago’s Ones to Watch, a group of innovative chefs who are furthering progress in Chicago’s cutting edge culinary scene.

And to herald 10 years of decadence the festival will showcase 10 delicious ancillary events all over the city in addition to the Main Event and Grand Cru.

​Tickets and a full line-up of programming are available online at ChicagoGourmet.org.