Having trouble dragging the kids to the latest and greatest gallery opening? Sure you do. Some of Chicago’s top museums offer interactive, historical and educational exhibits for those looking for something a little different. The 2014-2015 season will bring to Chicago an array of cultures from around the world, stretching the walls of our city across the very globe. Mirrored rooms are a powerful tool for curators to turn an interesting exhibit into an immersive and interactive one. The Museum of Science and Industry (msichicago.org) will present Numbers in Nature: A Mirror Maze, a captivating scientific and mathematical exploration of patterns in nature. The exhibit will feature a 1,800 square foot mirror maze that takes visitors through the intricacies of numerical patterns—from the spirals of a sunflower’s seeds to a sprawling mountain range. Within the maze are interactive media featuring stunning footage of nature.

The exhibition will open October 8. A wonderful follow up to this numerical experience with nature would be a visit to the Peggy Notebaert Nature Museum (naturemuseum.org) for some real close ups with nature. The Nature Museum has a wide array of indoor tours and exhibits that transport its visitors from the frigid Midwest to a tropical paradise. Take a tour of the Judy Istock Butterfly Haven for over 75 species of exotic butterflies, all inside one greenhouse. Occupy the kids with trips to their Hands On Habitat, the Wilderness Walk, or Birds of Chicago to learn about our own city’s environment and wildlife. You can also check out their website’s calendar for a list of family friendly events, such as butterfly releases, live animal feedings, and even butterfly haven yoga classes for mom.

For the more cosmic-minded, hop on Lake Shore Drive after visiting MSI and jot on down to the Adler Planetarium  (adlerplanetarium.org) for a very different kind of tour: a tour of the entire solar system. With new, state of the art technology in Adler’s Grainger Sky Theater, audience members will see our celestial neighborhood come to brilliant life right in front of their eyes. In Destination Solar System, it’s the year 2096, and space tourism is readily available to the planetarium’s Chicago visitors. This innovative and interactive show is available with Adler’s “All Access Pass.”

For those more interested in the historical, the Chicago History Museum (chicagohistory.org) is opening an exhibit on September 4 entirely about the year 1968. Organized chronologically, the exhibit will feature stories by Vietnam vets, self-proclaimed hippies, conservative voters, and every day Americans. The 1968Exhibit will allow audience members to be saturated with the media of 1968, covering the war, women’s liberation, civil rights and the explosive Democratic Convention held in Chicago—the event that lead to the famous chant “the whole world is watching.” The exhibit’s run will be packed with events along the way—such as family activity nights, a bus tour, a panel discussion and a fundraising party.

To continue on a chronological exhibit tour, visit the DuSable Museum of African American History (dusablemuseum.org) for Funky Turns 40: Black Character Revolution Animation Art from Classic Cartoons of the ‘70s. This exhibit celebrates the 40th anniversary of the nation’s first positive black Saturday morning cartoon characters. On display will be original drawings, sketches and production pieces that highlight the artisic process of the characters’ creations. Hurry in before the exhibit closes on October 20.

Next Valentine’s Day, ditch the roses for more than 10,000 tropical blooms at the Chicago Botanic Garden’s (chicagobotanic.org) Orchid Show (February 14 through March 15, 2015). The Botanic Garden brings the show back for a second year after exceeding expectations for interest and attendance in 2014. "Visitors told us that they loved our first Orchid Show—and we can't wait to build on that success for our next show," said Harriet Resnick, vice president of business experience and visitor development. "People really responded to the idea of an escape from winter into the lovely world of orchids." The first two rooms of the show will be open to the general public, while ticketed visitors will have access to the entire Regenstein Center. Visitors entering through Krehbiel Gallery will be greeted by fragrant orchid displays suspended over a long reflecting pool. Photographic images of orchids will decorate long walls of the gallery, which will also house gift and ticket kiosks. Clusters of palms and other species of orchids will adorn Nichols Hall at the Garden’s Glencoe campus. Nichols Hall will also serve as the setting for free concerts, a weekend orchid marketplace and the Illinois Orchid Society Show & Sale.

RACE: Are We So Different?, on view this season at The Illinois Holocaust Museum (ilholocaustmuseum.org) in Skokie, was developed by the American Anthropological Association in collaboration with the Science Museum of Minnesota. The poignant exhibition, which runs October 12 through January 25, 2015, is the first national show that tell the stories of race from the biological, cultural, and historical points of view. Combining these perspectives, curators hop to offer an unprecedented look at race and racism in the United States.

Of course, not all of the best exhibitions in Chicagoland this season are new. The  Field Museum’s (fieldmuseum.org) fall 2013 exhibition Opening The Vaults: Wonders of the 1893 World’s Fair packs a serious wallop with amazing artifacts that tell the tale of the historic 19th Century Columbian Exposition. The exposition would put Chicago on the map as a global magnet for cultural and scientific discovery and it would seed the beginnings of the Field Museum itself. Check out rarely (or never before) seen artifacts from the historic fair and soak in the excitement from one of architect Daniel Burnham’s greatest triumphs and one of the world’s historic events. But you better hurry; the exhibition closes September 7.

On view at The Shedd Aquarium (sheddaquarium.org), Jellies is another exhibition from the 2013 season that still mesmerizes viewers every day. Extended twice already, Jellies the exhibit appears to have the same staying power that jellies themselves are shown to have through this interactive show. The exhibit offers a fascinating up-close-and-personal look at these amazing creatures and illuminates more than just their mysterious anatomy. It delves into their evolution, their amazing resilience and their impact on our planet. Jellies is in an open-ended run at The Shedd this season.

From the grass beneath our feet, to the solar system, back into American history, Chicago’s museums cover an incredibly wide array of cultures, time periods and mind-bending scientific experiences this fall. Clear your mind from the summer of weird weather. Fall is here. It’s time to breath in Chicago’s inspiring culture.

From the Autumn 2014 Issue of Clef Notes 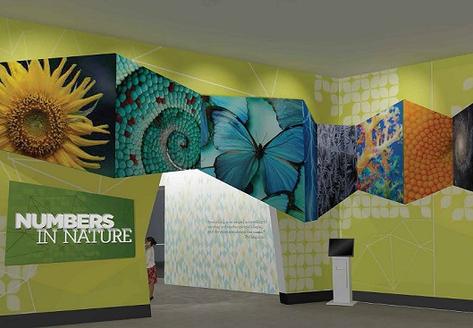