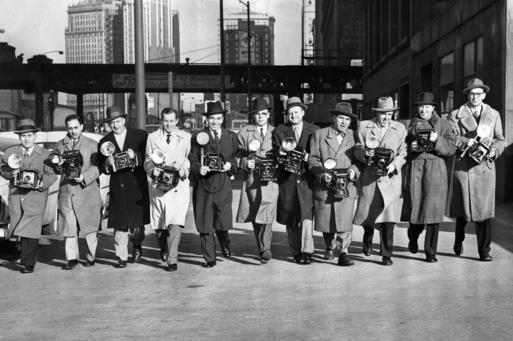 Last year, the Chicago History Museum acquired a Chicago Sun-Times photography collection of over 5 million images spanning over 75 years of Chicago history. The collection consists primarily of 35-millimeter negatives documenting events as early as the 1940s through the 2000s. To ensure long-term preservation and access, the museum worked closely with the Sun-Times to acquire the collection, which was being sold by private collectors. This acquisition gives the public access to an impressive cache of never-before-seen images for use and research in the coming years. To further celebrate this important acquisition, approximately 150 images will be on display at the museum in an upcoming exhibition, Millions of Moments: The Chicago Sun-Times Photo Collection. The exhibition opens to the public on March 28, 2020 in a café-style space that is free to view.

​“The Chicago History Museum is committed to sharing Chicago’s stories, and we are thrilled to have worked with the Sun-Times to acquire and preserve this vast collection of photos,” said Gary T. Johnson, president of the Chicago History Museum. “The collection complements the Museum’s rich photojournalism archives, and we look forward to making these resources available to the public.”

The acquired photographs document monumental events and everyday occurrences of life in urban America, many of which were never published. In addition to preserving and inventorying the images, the Museum will digitize and make accessible a substantial portion of the collection over the next several years. Select images will be released online as work is completed.

​The Sun-Times collection features the work of several award-winning photographers, including Pulitzer Prize winners John Dykinga (1971) and John H. White (1982), and Robert Black, winner of the 1984 World Press Photo award in the Daily Life, Singles category. Others rose to prominence after working for the Sun-Times: Pete Souza became the Chief Official White House Photographer for Ronald Reagan (1981-89) and Barack Obama (2009-17), and Pablo Martínez Monsiváis won a Pulitzer Prize (1999) as an Associated Press photographer.

The Chicago History Museum received a lead gift from the Gaylord and Dorothy Donnelley Foundation to process the Chicago Sun-Times collection. This challenge grant is matching donations from organizations and individuals in support of the project, including a generous contribution from Bon and Holly French. Fundraising is ongoing to bring this massive body of Chicago images to the public.