In the second year of the Root and Branch five-year cycle, CHRP's annual summer festival, directed by CHRP’s founder and director, Lane Alexander, will shine the spotlight on the talented performers, choreographers and teachers who have "grown up" with CHRP and the masters who first inspired them.

​"The teenagers who studied with us 10, 15 and 20 years ago are not teenagers anymore," said Alexander. "They are winning MacArthur Fellowship (Genius) Awards (Michelle Dorrance), choreographing on Broadway and with the Lincoln Center Jazz Orchestra (Jared Grimes), performing in historic Broadway revivals (Lee Howard and Karissa Royster) and making new works that are revolutionizing our art form (Jumaane Taylor's Supreme Love and Zada Cheeks' Diabolus). Perhaps most important, one dancer, Dani Borak, is returning as a multi-year Artist in Residence to provide new and fresh artistic direction for CHRP. We are devoting the summer festival to exploring the ways their inspirations are affecting the work they are creating now." Former Tap Scholars and CHRP ensemble members returning to teach and perform this year include Jumaane Taylor, Lee Howard, Tristan Bruns and Lisa LaTouche.

Rhythm World performances open with the annual appearance at the Jazz Showcase, 806 S. Plymouth Court featuring faculty accompanied by a jazz trio Monday, July 17 at 8 p.m. Other highlights include two audience favorites: the improv tournament, or "cutting contest";  and the student showcase taking place Tuesday, July 18 with faculty judges choosing the winners who will vie for the honor of performing on one of the two weekend performances at the Studebaker Theater.

​The crowning events of Rhythm World, the JUBA! Masters of Tap and Percussive Dance concerts, feature a host of extraordinary “foot drummers” and percussive arts masters July 21 and 22 at 7:30 p.m. in the Studebaker Theater at the Fine Arts Building, 410 S. Michigan Ave., Chicago. For tickets or more information about programming for this year’s festival, visit chicagotap.org. 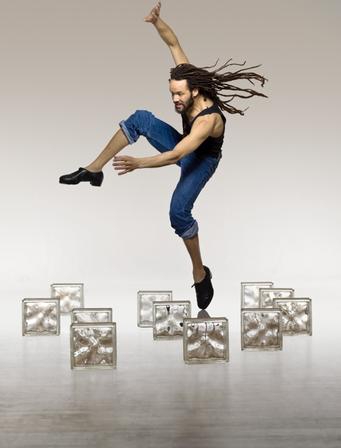