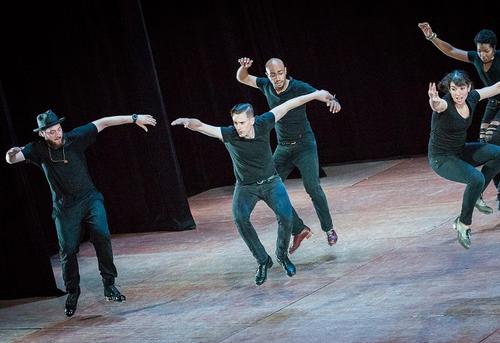 Billed as a "Performalogue," each program presented in the festival will feature three or more companies in a combination of performance and open rehearsal. Each event begins with free dance instruction, includes culturally specific arts and crafts, and concludes with open dialogue between artistic directors, artists and the audience.

In addition to the Performalogues, students from Chicago Public Schools (CPS) surrounding the festival's community centers are slated to receive free education programs called "We All Got Rhythm." Each school receives a lecture/demonstration, five genre-specific master classes, and a professional development seminar for teachers featuring five festival company artists. Nearly 4,000 underserved students from eight schools will have an opportunity to engage.

​Stomping Grounds events are open to the public and most are free with others offering 60% complimentary seating. Other seating is offered at a $5. Reservations are available at chicagotap.org.