Co-founded in 1990 by Lane Alexander and Kelly Michaels, Chicago Human Rhythm Project began as a summer festival at the Gus Giordano Dance Center with a single performance at Northwestern University. Fifty-two students attended classes and more than 200 tap and rhythmic dance enthusiasts attended a single concert benefiting Open Hand Chicago, a meals on wheels program for people impacted by HIV/AIDS.   “We’ve grown from a two-day festival and single performance in 1990 into the first year-round presenter of American tap in the U.S. and the largest institution in the world dedicated to its preservation and evolution,” noted Alexander, director of CHRP. “We remain a mission-driven organization devoted to using American tap and the rhythmic arts to educate, inspire and foster social reconciliation—and 25 years later, the work has just begun. CHRP’s 2014–15 season encompasses a range of events, from intimate showcases to the debut of a multi-venue spring event, the Chicago Rhythm Fest.

Highlights include the debut of the Chicago Rhythm Fest, which commences with a series of mini-performances, lecture demonstrations, panel discussions and free classes in several Chicago neighborhoods featuring a variety of Chicago artists and companies; and the annual Rhythm World summer festival of tap and percussive dance, which, in its fifth year, spotlights Chicago and U.S. artists.

In addition, CHRP’s ongoing programs will continue, including its acclaimed lecture demonstration We All Got Rhythm at Chicago-area K–12 schools, in collaboration with Urban Gateways; in- and after-school outreach programs at Paul Revere, Willa Cather and Dewey elementary schools; daily classes at the American Rhythm Center (ARC) in Chicago’s historic Fine Arts Building; an after-school program through After School Matters, taking place at the ARC; and a new after-school children’s conservatory with two tracks of study: “Space Makers” (spatial forms rooted in ballet) and “Time Travelers” (rooted in ancient percussive dance traditions and contemporized in American culture).

“Our work has truly just begun,” said Alexander. “During the next 25 years, we will focus on qualitative evolution as much as quantitative growth, with an increased appreciation for what can be accomplished in a single moment of inspiration as well as through perseverance over time.” 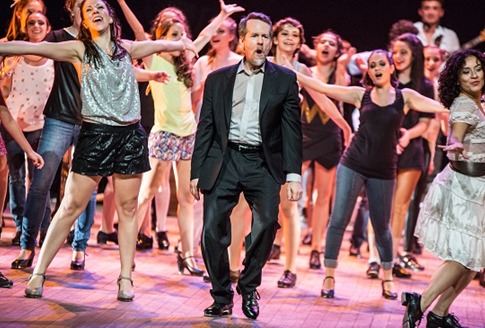