Tap legend Tommy Tune was guest of honor at the 25th anniversary Jubalee Gala at the Museum of Contemporary Art Chicago (photo by Sandra Armenteros).

At the Jubalee Tune performed his one-man show Taps, Tunes and Tall Tales, an autobiographical stroll celebrating 50-plus years of big-time showmanship-from his arrival in New York City as a fresh-faced kid from Texas, through his most popular roles on stage and screen, to his ascension as one of Broadway's most accomplished director-choreographers. Accompanied by Michael Biagi, Tune’s music director for nearly four decades, he shared personal renditions of standards by Irving Berlin, Kurt Weill, Cole Porter, Johnny Mercer, the Gershwins and more.

For 25 years, Chicago Human Rhythm Project (CHRP) has helped to foster the revival and nascent renaissance of American tap dance throughout North and South America, Australia, Europe and Asia. CHRP presents the oldest and largest annual festival of American tap and percussive dance in the world and has expanded through community outreach, commissioning the creation of new work, tap community development,  and a host of other initiatives demonstrating a commitment to the field and the communities it serves.

Among the organization’s many accomplishments, CHRP received an Emmy Award nomination, as well as national airings, for JUBA! Masters of Tap and Percussive Dance, which was co-produced with ITVS and WTTW/Channel 11. The organization earned an NEA American Masterpieces grant administered by the Illinois Arts Council Agency; curated the first full-length tap concert in any of the Kennedy Center's three largest theaters for a sold-out audience of 1,100 in the Eisenhower Theater; and provided hundreds of thousands of dollars in tap dance scholarships to deserving, talented teens.

For information about CHRP programs and educational initiatives, visit chicagotap.org. 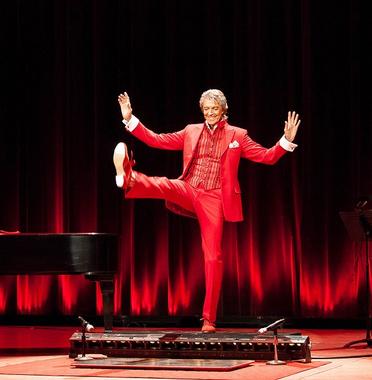