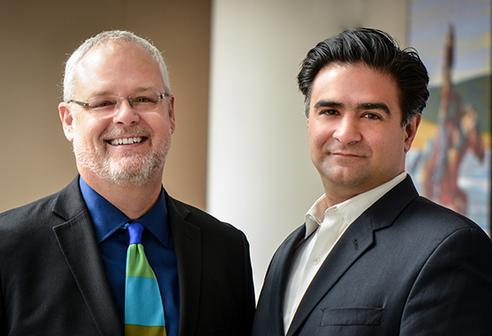 The Chicago Humanities Festival's (CHF) Marilynn Thoma Artistic Director, Jonathan Elmer, recently announced that he will be stepping down from his position and returning to Indiana University full time. Elmer was appointed to the artistic director position in February 2015.

During this period, Elmer has overseen the inauguration and formalization of year-round programming, including Springfests Style and Stuff, serving as creative force behind the flagship Fallfests, themed Citizens, Speed, and the forthcoming Belief, as well as several one day mini-festivals, including a collaboration with the MacArthur Foundation, "Our Cities," and this summer's Chicago Humanities Summit "Speech and Privelege.”

"I'm really proud to have been part of this great organization in an important moment of change," says Elmer. "I think we have strengthened our ties to the city, and we have shown how timely and engaged--and also just fun--humanities programming can be. I look forward to returning this fall for the Belief festival where I'll get to enjoy the programming as an audience member."

In late April, Elmer was invited to return to IU full time and serve for a second term as the director of the College Arts and Humanities Institute.  A wish to work on some book projects and a desire to return to the classroom contributed to his decision, a CHF statement on the announcement disclosed. This fall, he'll be teaching a doctoral seminar on the theories of adaptation and remediation, using the work of Edgar Allan Poe as a focus.

"We will miss Jonathan's jovial spirit, incredible mind, and reservoir of Big Lebowski quotes," CHF Executive Director Phillip Bahar says. "He leaves the Festival stronger than when he arrived, having overseen our transition to a year-round programming calendar."

​A national search for a new artistic director, led by Clark Hulse and the Chicago Humanities Festival's Board of Directors, is already underway.