From October 9 through 23, 2014, the Chicago International Film Festival will celebrate 50 years of the Windy City as an international destination for acclaimed filmmakers, bold new directors and lovers of cinema. The anniversary celebration will kick off with an Opening Night Gala presentation at the Harris Theater (205 E. Randolph Street), followed by a Golden Anniversary celebration at the Chicago Cultural Center. All other festival screenings will be held at the AMC River East 21 (322 E. Illinois Street).

On November 9, 1965, a 22-year-old Michael Kutza launched the Chicago International Film Festival at the Carnegie Theatre on Rush Street. A mere eight films competed in the feature category, but, even in its inaugural year, celebrated figures including King Vidor, Bette Davis and Stanley Kramer attended to support what would become North America’s oldest competitive international film festival. Fifty years later, the festival has earned an international reputation for discovering groundbreaking directors, including Martin Scorsese, John Carpenter, Wim Wenders, Liv Ullmann, Peter Weir, Mike Leigh, Margarethe von Trotta, and Chicago’s own William Friedkin and Joe Swanberg, who are but a few of the hundreds of world-renowned filmmakers recognized early on in their careers by the festival.

“Since its founding, the singular goal of the Chicago International Film Festival has been to introduce Chicago and the world to new filmmakers, new stories and new perspectives,” noted founder and artistic director Michael Kutza. “Five decades later, the festival has grown to become a highly respected annual event, showcasing films from more than 50 countries, with filmmakers from around the world in attendance. Each year we rigorously pursue the best in international cinema as well as the cutting-edge work of new talents in our steadfast commitment to share the most innovative and ambitious cinematic art with our audiences.”

One of the festival’s most notable features is the vast diversity of offerings, with numerous competitive categories and several highlight programs such as Black Perspectives, Cinema of the Americas, ReelWomen, Out-Look, After Dark, and the City & State program, showcasing films made in Chicago and throughout Illinois. In 2014, the festival will shine a spotlight on Scandinavian cinema. The complete festival schedule will be announced at a future date. 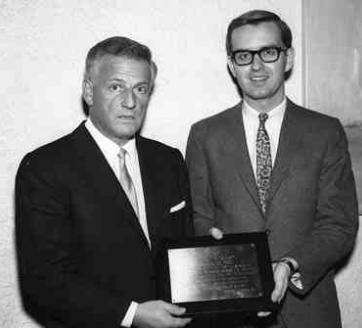