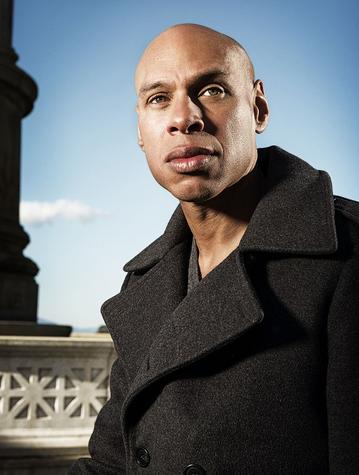 The Chicago Jazz Orchestra (CJO), under the direction of Jeff Lindberg, recently announced an exciting three-concert line-up for its 2017-18 season. All three concerts will be presented in the Studebaker Theater in the historic Fine Arts Building in Downtown Chicago.

​Not So Silent Night, featuring Duke Ellington’s Jazz Nutcracker, opens the season on Friday, December 22 at 7:30 p.m. Kicking off a new holiday tradition will be a performance of “The Nutcracker Suite,” the classic 1960 holiday album by American pianist, composer and bandleader Duke Ellington featuring jazz interpretations of Tchaikovsky’s "The Nutcracker,” arranged by Ellington and Billy Strayhorn. This special performance also offers big band arrangements of an array of holiday classics.

CJO returns to the Studebaker in the spring with “Sophisticated Giant”: A Tribute to Dexter Gordon, featuring special guest Joshua Redman, Sunday, March 25, 2018 at 3 p.m. This concert marks the live world premiere of “Sophisticated Giant,” a legendary 1979 recording by the late great tenor saxophonist Dexter Gordon performing arrangements by Slide Hampton. Joining guest artist and internationally acclaimed jazz saxophonist Joshua Redman on the program will be trombonist arranger Slide Hampton, made possible by the collaboration between Hampton and CJO artistic director Jeff Lindberg. Lindberg will be transcribing the arrangements from the original Dexter Gordon recording. The second offers a wide array of classic jazz arrangements for the 12-piece CJO.

The CJ O’s 2017-18 season offers a tribute to “Sinatra at the Sands” featuring Paul Marinaro, Saturday, May 12, 2018 at 7:30 p.m. Audiences for the spring concert will hear a live recreation of the famous 1966 “Sinatra at the Sands” performance, long considered to be the definitive live album of his career. The Chicago Tribune hailed CJO guest vocalist Paul Marinaro as having “one of the most beautiful vocal instruments in the business today.” The performances offers big band fans a chance to travel back in time, for one-night-only, to revisit a true classic.

Says CJO’s executive director, Travis Rosenthal, of the new season, “We’ve put together an outstanding season of historical moments in Chicago Jazz. From the iconic Ellington/Strayhorn Nutcracker to the live premiere of ‘Sophisticated Giant’ with Joshua Redman to a full live performance of ‘Sinatra at the Sands,’ there is something for everyone. The Studebaker Theater, a historical venue in its own regard, provides a perfect backdrop for CJO’s most prolific season yet!”

​For tickets and information, visit chicagojazzorchestra.org.