Andreas Mitisek, general director of Chicago Opera Theater (COT), announced last week that the company has received a generous $1,500,000 gift from Stefan Edlis and Gael Neeson. Their gift constitutes the single largest contribution in the company’s 42-year history.  Neeson, who served as a COT board member for nine years (and Vice President for three), and her husband, Stefan Edlis, have been COT subscribers and supporters for decades. In honor of and appreciation for this milestone contribution, COT’s general director position will be renamed the “Stefan Edlis and Gael Neeson General Director.”

Combined with a recent, anonymous $500,000 gift, this $1.5M gift brings COT $2M closer to meeting its goal of raising an additional $5M in funds over five years so that the company can present a five-opera season. Edlis and Neeson have designated a portion of their gift to create the “Stefan Edlis & Gael Neeson $1 Million Matching Challenge” to encourage long time and new supporters to make increased philanthropic gifts to Chicago Opera Theater.

“Gael and Stefan have been incredibly generous to this company for many years,” noted Mitisek.  “This transformational gift is an endorsement of the importance of COT and its future expansion. Their shared passion and commitment to our company is an inspiration to all of us.” Their support, said Mitisek, emboldens COT’s mission to champion new wrks and reimagine classics while at the same time introduce new audiences to opera.

Philanthropists Edlis and Neeson are also major supporters of some of Chicago’s other leading cultural institutions, including the Museum of Contemporary Art, Chicago Public Radio, and, most notably, the Art Institute of Chicago.  In April of 2015, the couple made headlines around the country when they donated 42 contemporary art masterpieces to the Art Institute.

“Chicago Opera Theater is one of the most important opera companies in the US, said Edlis. “Its focus on new works and new voices resonates with Gael and me. We want to inspire others to join us in supporting this organization that means so much to Chicago.”

Chicago Opera Theater, under the leadership of Andreas Mitisek, the first Stefan Edlis and Gael Neeson General Director, now enters its 42nd season with an exciting shift toward the more typical fall-through-spring season schedule. The 2015-2016 season will begin with the Chicago premiere of Mozart’s Lucio Silla, a captivating story of love and revenge, written when the composer was just 16.

For more information about the new 2015-2016 season of the Chicago Opera Theater, visit chicagooperatheater.org. 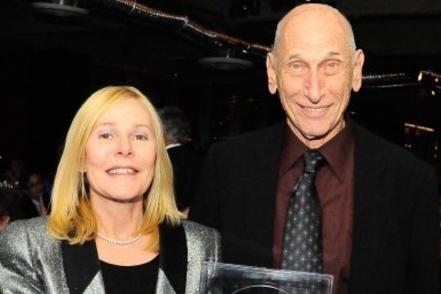