Andreas Mitisek will direct The Chicago Opera Theater's fall production of The Love Potion (Le Vin Herbe) by Frank Martin. The production will take place at Lincoln Park's Music Box Theatre, the first classical music performance at the theatre in its history. 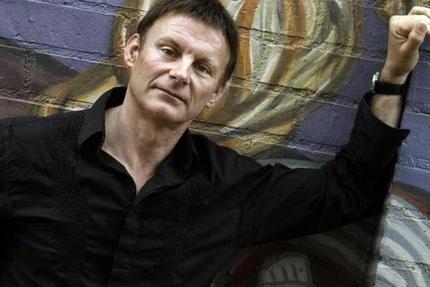 For the first time ever, Chicago’s iconic Music Box Theatre will host a classical live performance when Chicago Opera Theater (COT) debuts the Chicago premiere of Frank Martin’s 1942 The Love Potion (Le Vin Herbe) on September 30 this new season. Martin’s adaptation of the Medieval legend of Tristan and Isolde chronicles the relationship of the two lovers who meet by deception, fall in love by magic and pursue their love in defiance of heavenly and earthly powers.

The libretto, originally by Joseph Bédier, was translated into English for this production by Hugh MacDonald.  The production will be conducted by Emanuele Andrizzi and directed and production designed by Chicago Opera Theater’s Stefan Edlis and Gael Neeson General Director Andreas Mitisek.

​“Opera audiences are familiar with the story of Tristan and Isolde, thanks to Richard Wagner’s often-produced classic,” said Mitisek in a statement. “But Martin’s take on this timeless tale is equally moving and musically hypnotic. One of our goals at Chicago Opera Theater is to bring our work to new audiences, and producing this work at the Music Box Theatre is in keeping with our mission.  It is an exceptional acoustic space, and we are proud to bring this rarely seen work to Chicago audiences in a venue that serves it so well musically and aesthetically.”

Reviewing a 2013 production at the Berlin Staatsoper, A. J. Goldman of Opera News called Martin “distinctive and unjustly neglected” and called the piece “a work of startling economy and emotion” and that the composer had “succeeded in concocting a harmonically dense potion that, for all its dissonances, also goes down easy.” Bernard Holland, reviewing an earlier staging for the New York Times, called it “absolutely gripping… filled with dignity, mystery and a simplicity born of true sophistication.”

Portraying the star-crossed lovers will be Lani Stait (Isolde) and Bernard Holcomb (Tristan).  Other principals include Brittany Loewen (Branghien), Kira Dills-Desurra (Isolde with White Hands) and Cassidy Smith (Isolde’s Mother). Performers for the production include members of COT's Young Artists program, which is composed of students in the Professional Diploma in Opera Program at Roosevelt University's Chicago College of Performing Arts in conjunction with Chicago Opera Theater, headed by Scott Gilmore, director of Musical Studies at CCPA.

Chicago Opera Theater’s new continues on November 5 at the Studebaker Theater with three performances of The Fairy Queen. Composed in 1692 by Henry Purcell, The Fairy Queen, takes its inspiration from the mystical masques of Shakespeare’s A Midsummer Night’s Dream, creating the perfect world to explore relationships. On February 18, 2017, COT will present the co-world premiere with Long Beach Opera of The Invention of Morel. Morel is composed by Stewart Copeland and is based on La invención de Morel by Adolfo Bioy Casares. It is COT’s first-ever commissioned opera. The season will close with the Chicago premiere of Philip Glass’ 2013 The Perfect American, a fictionalized biography of Walt Disney’s life told through the musical lens of Philip Glass, melding delusions of the American Dream, immortality, and an empire.

The Love Potion will be performed at the Music Box Theatre (3733 N Southport) September through October 9. For tickets or for more information, visit chicagooperatheater.org.