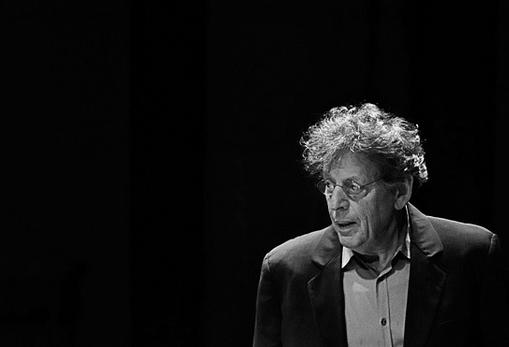 “When I started out, people thought I was going to laugh at him,” Glass said recently in an interview with The Guardian. “But I see Walt Disney as an icon of modernity, a man able to build bridges between highbrow culture and popular culture; just like Leonard Bernstein, who could jump from a Broadway musical to a Mahler cycle.”

Shuffling between the dreary present and memories of Disney’s upbringing, Glass’ opera fills in the spaces where the known facts end. As Disney is haunted by his own mortality and growing empire, Glass shows there is more to this icon than simply making dreams come true. With appearances by Abraham Lincoln, Andy Warhol and Disney’s family, the whirlwind opera is a poetic and tragic story of the American Dream.

Chicago Opera Theater will also host its Annual Gala and End of the Season Celebration at the Harris Theater following the final performance of “The Perfect American.” A champagne reception, a VIP cocktail reception, enjoyable performances and exciting silent auction prizes are all to be expected. Chicago Opera Theater will be honoring James Ginsburg of Cedille Records. Gala dinner tickets are available now at chicagooperatheater.org.

Performances for The Perfect American take place 7:30 p.m. on Saturday, April 22 and 3 p.m. on Sunday, April 30. Tickets can be purchased by calling 312.704.8414 or by visiting chicagooperatheater.org.