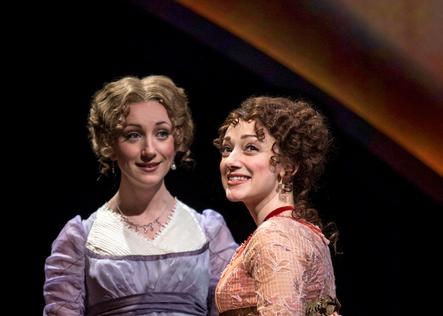 Were you, perhaps, one of the throngs of Chicago theater lovers enthralled with the new musical adaptation of Jane Austen’s beloved novel, Sense and Sensibility, which ran to sold out houses this spring? Wish you could have a little bit of the production to enjoy at home? Well, now you get your wish.

​The new cast album includes 27 tracks from composer, lyricist and book writer Paul Gordon’s celebrated score, including “Somewhere in Silence,” “So the Poets Say” and “The Wrong Side of Five and Thirty.” Sense and Sensibility was nominated for four Joseph Jefferson Awards for the 2014/15 Season, and took away the highly coveted award for Outstanding New Musical. Gordon is best known as co-writer of the Broadway musical Jane Eyre, which was nominated for five Tony Awards in 2000, including Best Musical and Best Score, and his musical adaptation of Austen’s Emma which won the 2007 Bay Area Critics Circle Award. The new cast album also features orchestrations by Tony Award-winners Larry Hochman (Book of Mormon, 2011) and Bruce Coughlin (The Light in the Piazza, 2005), with additional arrangements by Curtis Moore.