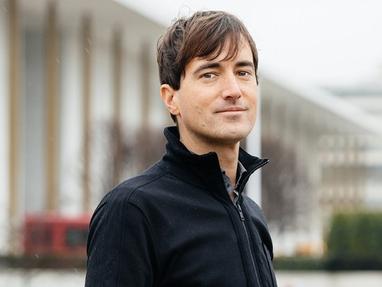 ​The commission celebrates the 100th anniversary of the founding of the CSO’s concert series for children that began in 1919, a series that was established by the Orchestra’s second music director, Frederick Stock. This programming continues today along with other extensive educational and community engagement programming produced by the Negaunee Music Institute.

​World’s Greatest Synth is a kinetic, cutting-edge, multimedia work that integrates film and pre-recorded sound with live orchestra performance. Imaginatively blending traditional and modern animation styles, the piece offers an engaging, educational glimpse inside the inner workings of the orchestra in a vividly composed “concerto for orchestra and animation,” which presents the modern orchestra as the perfect synthesis of art and science. The collaboration between the piece’s creators – who are all innovators in the worlds of music, storytelling and animation, respectively – similarly demonstrates this groundbreaking intersection of artistic disciplines. “World’s Greatest Synth flies inside musical instruments to explore the age-old connection of creativity and technology,” said Bates, “and the centennial of the Chicago Symphony Orchestra's education program is the perfect launching point for this multimedia work.”

In the new piece, we meet the character of Sprite, an energetic, colorful guide who leads audiences on a visual tour through the music by taking us inside the instruments of the orchestra and interacting with the conductor and musicians, further connecting stage and screen. The story unfolds through music and visuals alone, without narration, creating a piece without language barriers that is accessible and entertaining for audiences of all ages. World’s Greatest Synth also continues the legacy of great orchestral works that introduce the instruments of the orchestra to new listeners such as Prokofiev’s Peter & the Wolf and Britten’s Young Person’s Guide to the Orchestra.

The CSO’s co-commission of the work emerges from a fruitful ongoing relationship between Bates and the Orchestra. “It's so meaningful to bring this piece to life with the musicians of the CSO, whose artistry under the direction of Riccardo Muti has hugely impacted my musical imagination over the years," said Bates, who served along with fellow composer Anna Clyne as the CSO’s Mead Composers-in-Residence from 2010 to 2015.

“The CSOA is very pleased to continue our relationship with Mason Bates through this new commission,” said CSOA President Jeff Alexander. “Mason is one of the most singular and creative voices in orchestral music today, and he is gifted with a collaborative spirit and a passion for education and innovation. World’s Greatest Synth presents a wonderful opportunity to welcome a new generation of listeners into the inspiring world of orchestral music, and we look forward to sharing this music with our audiences.”

​Composer Mason Bates, whose opera The (R)evolution of Steve Jobs  was recognized as best opera recording at the 2019 Grammy Awards, also serves as the first composer-in-residence of the Kennedy Center for the Performing Arts.  His music fuses innovative orchestral writing, imaginative narrative forms, the harmonies of jazz and the rhythms of techno. His symphonic music is the first to receive widespread acceptance for its unique integration of electronic sounds, and he was named the most-performed composer of his generation in a recent survey of American music. His activities as a DJ have greatly informed not only his compositional approach, but his distinctive curating projects.  Bates has become a visible advocate for bringing new music to new spaces, whether through institutional partnerships such as his former position as Mead Composer-in-Residence with the Chicago Symphony Orchestra, or through his club/classical project Mercury Soul, which transforms commercial clubs into exciting hybrid musical events.  He has also composed for films, including Gus Van Sant’s The Sea of Trees starring Matthew McConaughey and Naomi Watts.

​Writer and director Gary Rydstrom has been nominated for 18 Academy Awards, winning seven for his work in film sound on films including Jurassic Park, Titanic, and Saving Private Ryan. As an animation director, he was nominated for an Academy Award for his Pixar short film Lifted, and in 2015 directed Strange Magic, a Lucasfilm/Disney musical that features innovative integration of music and animation. He has additionally contributed sound design for the Mason Bates orchestra pieces Alternative Energy and Mass Transmission.  Story artist and animator Jim Capobianco has worked on many major animated films, including Lion King, Fantasia 2000, Finding Nemo and Inside Out. He received an Academy Award nomination for Best Original Screenplay for Ratatouille. He also recently supervised the animation sequences for Disney’s 2018 live-action feature film Mary Poppins.