The Chicago Symphony Orchestra Association (CSOA) has announced the addition of a special Lenten performance of Haydn’s orchestral work, The Seven Last Words of Our Savior on the Cross, featuring members of the Chicago Symphony Orchestra (CSO) and Riccardo Muti. The concert takes place at 7:30 p.m., Friday, February 19, at Holy Name Cathedral (735 N. State, Chicago). The nine-movement liturgical work recounts Christ’s final moments on the Cross and includes participation by Archbishop Blase J. Cupich, who offers reflections in between the movements of the work. The CSO will donate a portion of this concert’s ticket revenue to Holy Name Cathedral to support its faith formation, ministry of care and outreach programs.

Muti, who has championed Haydn’s profound work throughout his career in performances with the Berlin Philharmonic, Vienna Philharmonic, Philadelphia Orchestra and Filharmonica della Scala, leads the CSO in only its second performance of the piece since 1979. The concert also marks a much-anticipated return to Holy Name Cathedral, with the CSO having performed for the parish’s 150th Jubilee concert in 1999 and a historic 1979 performance of Bruckner’s Symphony No. 5 led by then-music director Sir Georg Solti with Pope John Paul II in attendance.

The February 19 performance of Haydn’s The Seven Last Words of Christ is one of the CSO’s 125 Concerts in the Community, a season-long series of concerts that honor the Orchestra’s 125th season. 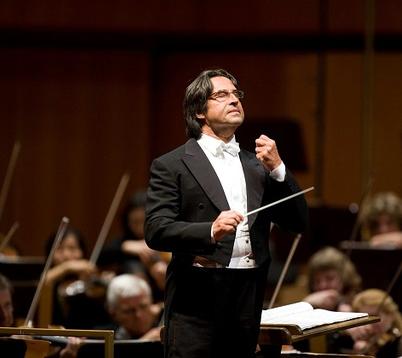