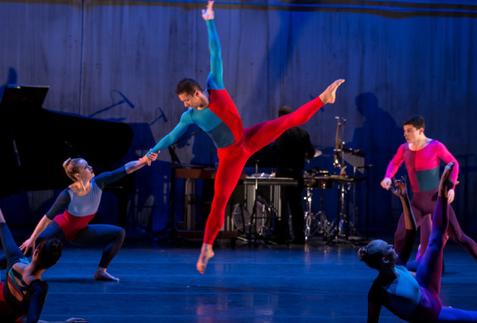 ​In his first Chicago appearance since Donald Byrd/The Group performed during the Dance Center’s 1994–95 season, Byrd will bring his Rambunctious Iteration #3 – The Immigrants, comprising five works featuring the music of American composers who are, themselves, immigrants from non-European countries that America has historically been at odds with or are part of the current debate on immigration:  Tania León (Cuba), Max Lifchitz (Mexico), Yevgeniy Sharlat (Russia), Tan Dun (China) and Gity Razaz (Iran). Rambunctious Iteration #3 – The Immigrants seeks to expose the rich artistic and cultural contributions to the American landscape of this particular group of immigrant artists.

Spectrum Dance Theater (SDT) was founded in 1982 with a mission to bring dance of the highest merit to a diverse audience composed of people from different social, cultural, ethnic and economic backgrounds. It promotes a goal of making the art form of dance accessible through contemporary dance performances and high-quality training in a variety of dance styles. Under Donald Byrd’s visionary artistic leadership since 2002, the organization has embarked on an exhilarating transformation that has attracted world-class dancers, produced some of the most ambitious works in contemporary dance and generated local and national praise.

​The performance will take place January 31–February 2, 2019 at the Dance Center. A post-performance conversation with the artists is scheduled for Thursday, January 31. A pre-performance talk with Donald Byrd takes place Friday, February 1 at 6:30 p.m. at Sherwood Community Music School’s Recital Hall, 1312 S. Michigan Ave. (next door to the Dance Center). Additional residency activities with community partners and Columbia College Chicago students take place throughout the week leading up to the performance weekend.