Collaboraction has announced the hiring of Darcy Addison as its first-ever executive director.

Since the Chicago-based theater company’s inception in 1996, Anthony Moseley has served as both executive and artistic. To build the staff, capacity and leadership base of the company, Collaboraction’s board recently voted to create a two-person leadership team, and recruited Addison for the new position of executive director, and just in time for the company’s 20th season celebration.

"Bringing on Darcy as my leadership partner signifies a new era for the company and is a dream come true as we enter our 20th season," says Moseley. "I am eager to see what Collaboraction can accomplish once I have more time to focus on programming and the impact our mission will have using theater as a tool of change. I can't wait to see how Darcy's passion, wisdom and professionalism affects our Collaboraction family and future."

Addison comes to Collaboraction from a background steeped in theater study and work. She earned a degree in theater from Northwestern University, studied at Steppenwolf Theatre, Piven Theater, Second City, and other local companies, and has worked as a professional actress in radio, TV and film for nearly two decades. Her career in arts administration include positions at the Chicago Department of Cultural Affairs (now DCASE), Gallery 37, the Irving Harris Foundation, and a consulting role at the Chicago Academy for the Arts.

Addison's arrival coincides with the company's launch of a new Community Impact Campaign to grow the infrastructure and leadership of the company. Phase One of the campaign was announced on Saturday, June 6th at Collaboraction's Soiree at Soho House benefit, sponsored by Parr Insurance, which has underwritten fundraisers for three consecutive years to help Collaboraction cultivate donors in support of their work.

Collaboraction Board President Nik Rokop said, "Our mission resonates with theater patrons and our growing number of community partners who, like us, understand the power of the arts to create positive change. Because our first platform, Crime Scene, is in its third year successfully helping increase the peace in Chicago, we are ready to expand this powerful movement to cities across the country. The current support of Bloomberg Philanthropies, AIM and our new ED, Darcy Addison, along with our fast growing family, promises to launch an exciting new chapter in Collaboraction's story."

Performances of Crime Scene ended June 21at Collaboraction's home in the Flat Iron Arts Building, 1579 N. Milwaukee Ave, but will be remounted in August for a neighborhood tour as part of the Chicago Park District's Night Out in the Parks program.

For more information about the tour or Collaboraction’s upcoming season, visit collaboraction.org or call (312) 226-9633. 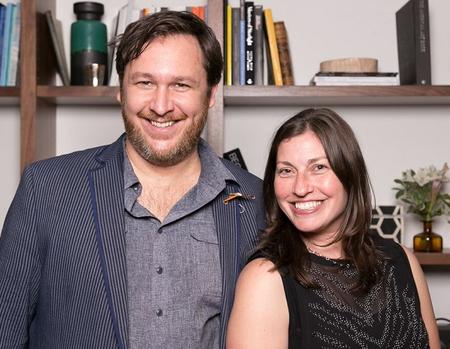