This fall, at the McAninch Arts Center, Compania Flamenca Eduardo Guerrero will present Flamenco Passion, a unique mix of classic and contemporary Spanish dance, performed by a group of live musicians and elite dancers direct from Spain. The thrilling performance is supported in part by an award from the National Endowment for the Arts.

The ensemble’s lead dancer is Eduardo Guerrero, known for combining the preciseness of classic technique with a contemporary aesthetic, transcending traditional technical limits. Guerrero began dancing when he was just six years old at Carmen Guerrero’s School in Cádiz, and studied Spanish Dance in Cádiz at the conservatory of music. In 2002, he began working with major artists on the national scene who valued physical ability and flawless technique.  He has toured all over the globe visiting many of the prestigious theaters and dance festivals worldwide. In 2011, he was awarded first prize by the Professional Conservatories for a choreography he created, called “Mayo.” Since then, Guerrero has established a solo career creating his own performances, and this past January was named one of the “25 to Watch” by Dance Magazine.

The upcoming 90-minute performance will feature a variety of styles and dances that correspond with particular musical forms of flamenco. They include: Buleria, a bustling and lively dance; Caña, filled with virtuosity and speed that includes bullfighting movements; Alegrias, a colorful and festive dance, where the dancers display their dresses with trains and shawls; and Zambra, a Flemish dance of the Gypsies of Granada and Almeria, which became typical of the Gypsy wedding ceremonies, along with several more traditional dance styles.

Compania Flamenca Eduardo Guerrero: Flamenco Passion will make its way to the McAninch Arts Center, located at 425 Fawell Blvd. on the campus of College of DuPage on Sunday, Oct. 21 at 2 p.m. For tickets and more information, visit AtTheMAC.org or call 630.942.4000. 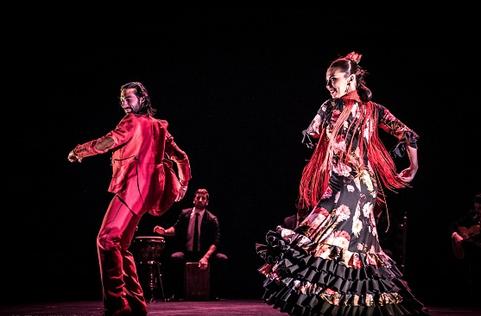