Violinist Ray Chen will also participate in post-concert CD signings in the first floor Rotunda at Symphony Center on December 5, 6, and 7, and a post-concert Q&A immediately following the performance on December 10. American composer Jennifer Higdon’s blue cathedral opens the program. A work of deeply personal significance, it was dedicated to the memory of the composer’s late brother Andrew Blue. In the piece, Higdon utilizes the solo flute to represent herself and the solo clarinet to represent her brother in an ongoing musical dialogue, also noting that she “wanted to create the sensation of contemplation and quiet peace at the beginning, moving towards the feeling of celebration and ecstatic expansion of the soul.”

The program continues with Violin Concerto No. 1 by Polish-born violin virtuoso and composer Henryk Wieniawski. Premiered in 1853, the concerto contains passages of intense lyricism, as well as dazzling technical displays that fit the composer’s own impressive skills as one of the finest violinists of his generation.

Completing the program is Tchaikovsky’s Symphony No. 4. Opening with an ominous brass fanfare that introduces the “fate” theme that returns throughout the symphony, Tchaikovsky explores the tension between happiness and melancholy before finishing with the Allegro con fuoco, a triumphant finale filled with rapid descending scales in the strings and exuberant brass passages.

​John Storgårds has a dual career as a conductor and violin virtuoso and is widely recognized for his creative flair for programming. Chief Guest Conductor for theBBC Philharmonic Orchestra as well as the Principal Guest Conductor of the National Arts Centre Orchestra in Ottawa, Storgårds has appeared with renowned orchestras all over the world including the Radio Symphony Orchestra Berlin, WDR Symphony Orchestra in Cologne, Orchestre National de France, Vienna Radio Symphony and the London Philharmonic, as well as some of the top orchestras of North America.

Storgårds has established himself as an award-winning recording artist, as well as conductor, having received a Grammy nomination and a Gramophone Award in 2012 for his interpretation of works by Finnish composers Kalevi Aho and Einojuhani Rautavaara. This marks the first CSO appearance for Storgårds since making his podium debut in subscription concerts in December 2017.

Violinist Ray Chen first came to international attention as the winner of the Yehudi Menuhin (2008) and Queen Elizabeth (2009) competitions. Born in Taiwan and raised in Australia, Chen was accepted to the Curtis Institute of Music at age 15. He has gained a reputation not just for his virtuosic playing but his audience engagement and dedication to music education around the world and has been called “one to watch” by the Strad and Gramophone magazines. Chen has performed with many of the today’s leading orchestras including the London Philharmonic Orchestra, National Symphony Orchestra, Los Angeles Philharmonic, and Pittsburgh Symphony, as well as the Chicago Symphony Orchestra in his CSO debut at the Ravinia Festival in 2017. 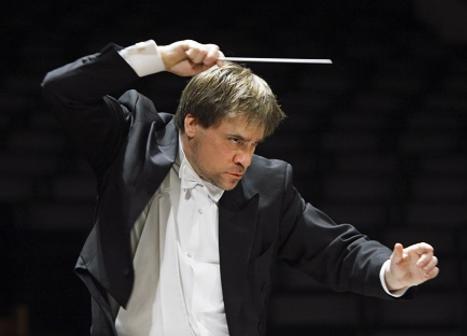