Chicago’s multi-Grammy Award-winning new music sextet, Eighth Blackbird, combines the finesse of a string quartet, the energy of a rock band and the audacity of a storefront theater company. The musically adventurous Chicago-based ensemble celebrates its 20th anniversary in 2016: two decades of performing for audiences across the country and around the world with precision and that signature eighth blackbird style. The band of six virtuosi together champion the most interesting music of their generation, and on August 30 they’ll take an eager City Winery audience on a journey through the most exciting new music territory, infusing the experience with adventure, humor and discovery.

Included in the program will be acclaimed young percussionist Peter Ferry, hot off of his sensational solo Harris Theater debut. Ferry is reimagining the classical concert experience through meaningful, entertaining performances of music by today's composers. A Chicago local, the Chicago Sun-Times celebrated him as "the ingenious percussionist Peter Ferry... in a bristling onstage performance that was a dance all its own." 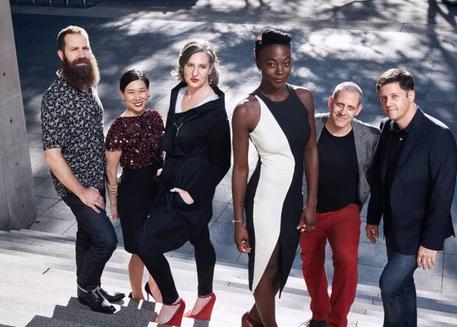