Step Afrika! blends percussive dance styles practiced by historically African American fraternities and sororities, African traditional dance, and influences from a variety of other dance and art idioms. Performances integrate dance, songs, storytelling, humor, and audience participation. The Chicago Tribune calls Step Afrika! “an ensemble of fast, smooth stylists and musicians who take a fun-filled past time and turn it into art.”

The 90-minute program will feature choreography by former Step Afrika!’s artistic director, Jakari Sherman; the late Jackie Semela (one of the co-founders of the Step Afrika! International Cultural Festival) and former company member Paul Woodruff, with contributions from countless artists over the years.  Works will include: “Tribute,” which combines distinct stepping styles from different fraternities and sororities to showcase the incredible variety of stepping and pay homage to the African American step show; and “Chicago,” a groundbreaking work inspired by a summer spent in the Windy City. It requires the Company to maintain up to five complex polyrhythms while creating characters and interacting through movement and vocals.

Audience participation has been a part of the step tradition since its inception in the 1900s and the audience is invited to clap, stomp, cheer and participate in call and response with the artists.

The Washington D.C.-based Step Afrika! was founded in 1994 by C. Brian Williams as the first professional company dedicated to the tradition of stepping. The company began as an exchange program with the Soweto Dance Theatre of Johannesburg, South Africa, and has expanded to become a national and international touring company presenting performance, residencies and workshops worldwide. Step Afrika! promotes stepping as an educational tool for young people, focusing on teamwork, academic achievement and cross-cultural understanding. It reaches tens of thousands of Americans each year through a 50-city tour of colleges and theaters and performs globally as a cultural ambassador.

For tickets or more information about the upcoming performance, visit tickets.elgin.edu or call 847-622-0300. 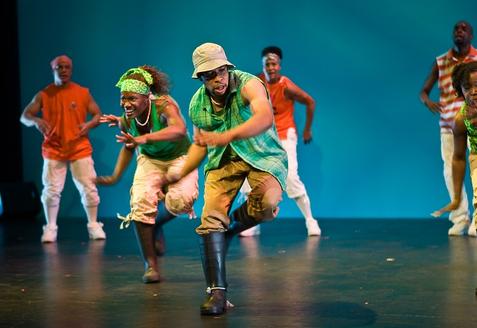