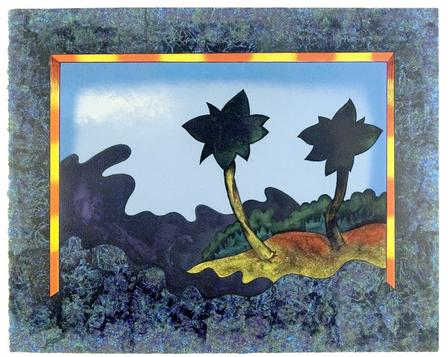 Elmhurst Art Museum will present the world premiere of the exhibition, Kings and Queens: Pinball, Imagists and Chicago. The new show an examination of the intertwined history of two of Chicago’s greatest exports: pinball and imagist painting. On display at the Elmhurst Art Museum, this exhibition presents Chicago-built pinball machines from the 1960s, ‘70s and ‘80s—including machines produced by Elmhurst's Gottlieb family —alongside paintings, sculptures and prints inspired by them including works by Jim Nutt, Gladys Nilsson, Ed Flood, Ed Paschke, Christina Ramberg, Barbara Rossi and Karl Wirsum.

​Most of the world’s finest pinball machines were made in Chicago's North Side factories, and many of those were produced by Elmhurst residents, the Gottlieb family. As those machines reached the apex of pictorial and engineering ingenuity, the artists now known as the Imagists and the Hairy Who were finding their unique visual style with inspiration from many vernacular sources, including the arcades and Riverview Park. Pinball provided inspiration with its high contrast coloration, absurd juxtapositions and ultra-flat forms. But pinball was but one inspiration for these artists. Along with the city’s many color storefronts, these artists also drew inspiration from the enormously popular Chicago area Riverview Park. As such, this exhibition also contains photographs of Chicago in those years, as recorded by some of these same artists.

​Kings and Queens: Pinball, Imagists and Chicago reveals a new view of both the city and some of its finest exports with major works on loan courtesy of the Illinois State Museum, Elmhurst College and the Roger Brown Study Collection.

Located at 150 Cottage Hill Avenue in Elmhurst (IL), The Elmhurst Art Museum is both an international destination for Mies van der Rohe scholars and fans and a regional center where people from Chicago and the western suburbs converge to take in art and art exhibitions that seek to teach guests to see and think differently through the study of the art, architecture and design of our time.

​ For more information about Kings and Queens: Pinball, Imagists and Chicago, call 630.834.0202 or visit elmhurstartmuseum.org.